The shared cinematic universe has become something of a trend in the modern age. Since the massive success of Marvel Studios and their Avengers films, it seems as though every studio in show business is vying to establish a shared world of their own– from DC Studios and Warner Bros. to Disney.

Now, it appears, Universal Studios has thrown their hat in the ring as well and announced that they will be rebooting their classic series of monster films from the 1930s with a new twist– they will all co-exist in the same universe. Given that Universal was actually the first studio to attempt this crossover idea in the 30s and 40s, however, there may be more to it than a simple cash-in. Read on to learn about Universal’s proposed ‘Dark Universe’ franchise.

The studio has tapped Alex Kurtzman and Chris Morgan to revive the monsters that were Universal’s biggest box office draw during the golden age of Hollywood. Together, they’re overseeing a team that Variety reports will mix in “elements of those classic films, such as the bolts in Frankenstein’s neck, with a modern setting tied to contemporary themes.”

The duo will take a page out of Marvel’s handbook and introduce each respective monster in a solo film before brining them all together in one big “superstream adventure” in the vein of The Avengers. “The characters will interact with each other across movies,” explains Universal chairperson Donna Langley, “We’re incubating it at the moment, and we’re taking the time to get it right.”

“This is not a heightened world,” Morgan says. “We’re exploring issues of family identity and questions of, ‘Where do I belong in the world?’ ” Morgan has been a screenwriter in Hollywood for over a decade, most notably on The Fast & The Furious franchise, while Kurtzman’s credits include Transformers (2007), Star Trek (2009), and The Amazing Spider-Man 2 (2014).

2. This Isn’t The First Time Universal Has Attempted A Reboot

Most everyone remembers The Mummy remake in 1999 starring Brendan Fraser and Rachel Weisz, which proved to be surprise hit and spawned two sequels and a spin-off. But Universal has actually attempted to reboot their monster saga more recently than that, as they released the intended franchise opener Dracula Untold in 2013. Starring Luke Evans in the titular role, the film performed decently at the box office, grossing $217 million, but poorly will critics– essentially killing the momentum that the studio was trying to build up. In an interview with IGN, director Gary Shore said “It’s optional for them if they want to use it as the launching pad.”

As it turned out, Universal did not want to. The ties to the Dark Universe were downplayed after the film’s release, and The Mummy was then promoted as the first official film in the new franchise. It remains to be seen whether this iteration of Dracula is still in the Dark Universe, but as of right now, the studio has to announce plans for another Dracula film.

3. The Franchise Will Revolve Around Dr. Jekyll

Here is the logo + more on Uni's DARK UNIVERSE pic.twitter.com/sRRu1sDR71

Deadline reports that the thread that ties each of these iconic monsters together is the multi-national org Prodigium. According to the film’s premise, Prodigium’s mission “is to track, study, and sometimes destroy evil monsters.” Prodigium, as to be expected, also works outside of the government, in order to protect the public from the knowledge of the supernatural evil that’s constantly trying to take over the world.

Leading this highly sensitive operation is Dr. Jekyll, the famously bipolar doctor who, upon creating a potion, turns into the hulking beast that is Mr. Hyde. Russell Crowe is signed on to play the dual role in each film, and will make his debut in this summer’s The Mummy. According to Morgan and Kurtzman, it is their hope that this new approach to time-honored material will “engross longtime fans and spark the imaginations of brand new ones.”

In another move to emulate Marvel’s Cinematic Universe, the studio has hired on a stacked cast of superstar actors to bring these characters to life. Earlier this year, it was announced that Tom Cruise would play soldier of fortune Nick Morton, who discovers and subsequently has to fight off the titular mummy, played by Algerian actress Sofia Boutella.

The aforementioned Crowe will also appear in a supporting role that will no doubt expand as the franchise deepens. But the big news that Universal announced on Monday, May 22nd, was the additional casting of Johnny Depp as The Invisible Man and Javier Bardem as the Frankenstein monster.

Both actors, renown for their abilities to play eccentric– and, in the case of Bardem, Academy Award winning– characters will no doubt bring legitimacy to the Dark Universe franchise. Funnily enough, Depp and Bardem will play opposite one another in the upcoming Disney release Pirates of the Caribbean: Dead Men Tell No Tales.

5. The Next Film WIll Be ‘The Bride of Frankenstein’

Hot on the heels of this summer’s The Mummy, which has the pressure of delivering both thrills and world-building mythology, the next scheduled film for Universal will be The Bride of Frankenstein. The film will be released on February 14th (Valentine’s Day), 2019, have a score by Danny Elfman, and be directed by Bill Condon, who most recently helmed the live-action version of Beauty and the Beast.

“I’m very excited to bring a new Bride of Frankenstein to life on screen,” said Condon, “Particularly since James Whale’s original creation is still so potent. The Bride of Frankenstein remains the most iconic female monster in film history, and that’s a testament to Whale’s masterpiece– which endures as one of the greatest movies ever made.”

Langley spoke on the excitement that she and Universal Studios share as they move forward with their plans: “As we launch Dark Universe with Danny’s provocative theme before The Mummy and collaborate with a brilliant filmmaker like Bill to weave the story of a very modern woman in a very classic tale, we feel confident we’re off to a tremendous start.” 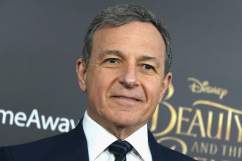 Hackers Hold ‘Pirates of the Caribbean 5’ For Ransom: 5 Fast Facts You Need to Know