While most people consider Black Friday to be a time to score on big ticket items like furniture, TVs, and smartwatches, you can find some sweet deals on smaller items too. Movies are not only fun to buy for yourself (hello, holiday binge-watching!), they also make great gifts for friends and family. Whether you are looking for new movies or your favorite TV show on DVD or Blu-ray, there are plenty of Black Friday movie deals that are worth checking out.

If you’re not into physical DVDs and Blu-rays, don’t forget you can stream a variety of shows and movies through Amazon Prime. You can learn more about Prime and can sign up here.

Read on for our list of the best Amazon Black Friday movie deals, which includes movies, film collections, and TV shows.

You read the books. You went to every midnight showing. But do you own all eight of the Harry Potter films for yourself? Now’s your chance, as the complete Harry Potter collection is being offered at 70% off, Black Friday only. Invite your Muggle friends over this holiday season and relive all of the adventures of Harry, Ron, and Hermione with a magical binge-watching session. If you have a serious Hogwarts fan in your life, this would make an awesome gift. 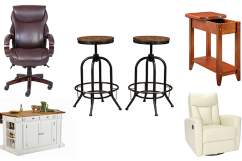 With six Academy Awards nominations and many other nominations and awards, Lion was one of the more popular movies of 2017. Based on a true story, the film follows a man who was adopted as a child as he searches for his biological family later in life. Rated PG-13, the film is quite the emotional roller coaster, so make sure you have your tissues handy. This movie would make a nice gift for the movie buff in your family. 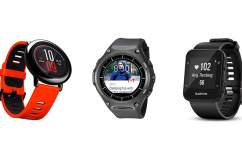 If you’re a fan of romantic comedies, The Big Sick should be next on your list of “must-watch” movies. Based on a real-life relationship, the film follows the story of a Pakistani stand-up comedian and his future wife who has a strange illness. A lot of the humor in the movie plays off of the cultural differences between the two families, and even though it’s a comedy, there are some touching moments as well. 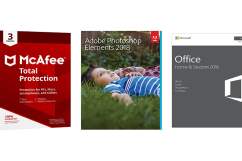 Oh, The Walking Dead. If you haven’t seen it, you’re totally missing out. The show is really unpredictable and constantly has plot twists and cliff-hanger episodes that suck you in and leave you on the edge of your seat. While it’s set in a post-apocalyptic world, it’s much more than a show about avoiding zombies. This latest season is a sweet gift for your favorite Walking Dead fan, or buy it for yourself to complete your collection.

Set as a prequel to Treasure Island, Black Sails follows the lives of Captain Flint, Long John Silver and others as they navigate through their lives as pirates. The fourth season of the Starz drama is the final season, so you’ll want to snag the Blu-Ray set to not only finish the series, but have the ability to watch it over and over again when you’re having Black Sails withdrawals. 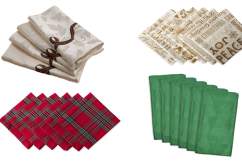 Orange Is The New Black is one of those shows that once you start, it’s hard to stop. Continue your obsession with the show with this DVD box set that includes all of the episodes in season four. At less than $10, this is not only a good deal, it would also make an inexpensive gift.

Buy the Orange Is The New Black: Season 4 here. 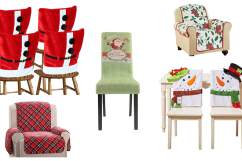 Almost all rap fans agree – Tupac Shakur died too soon. This recently released movie follows the true story of the legendary rapper (played by Demetrius Shipp Jr.), giving a glimpse into his life and showing how Tupac grew into such a major cultural icon. The Blu-ray also includes features such as deleted scenes and raw audition footage.

Buy the All Eyez On Me (Blu-ray) here.

8. 65 Percent Off Ash vs. Evil Dead The Complete First Season

If you’re a fan of the 80s horror film The Evil Dead, you’ll want to give this spin-off TV show a try. The show follows a monster hunter (Ash) who is constantly trying to ward off the demons of the Evil Dead. Produced by the original filmmakers, the show has a lot of parallels to the movie, but is more of a horror comedy show. 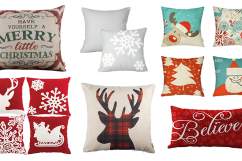 Produced by 50 Cent, Power is about a man nicknamed “Ghost” who owns a New York City nightclub. Ghost is one of the biggest players in an illegal drug network, and the show follows how he balances the two lives. Season three was just released earlier this year on Blu-ray/DVD, so this would make a timely gift. 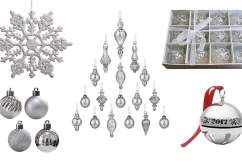 With powerhouse actors Tom Hanks and Emma Watson, you know this movie is good. The film follows Mae (Watson) who is hired to work for a powerful tech company that she soon learns is conducting an experiment that crosses the line regarding privacy and freedom for herself and humanity. It’s a drama that’s set in the not-too-distant future, and it’s a good watch if you like thought-provoking films. 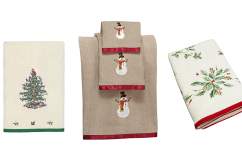