This year marks the 46th anniversary of Festival d’été de Québec. Here’s what you need to know about this summer music festival.

The 2013 Festival d’été de Québec runs from July 4 to 14. Bus will be festival-goers best way of getting around, with more buses running on several routes after 6:00 p.m., reserved bus lanes downtown, free parking areas to take Métrobus 800 and 801 and late-night service on Fridays and Saturdays every night of the Festival.

Acts will perform at various venues throughout the city of Québec. Locations include the Bell stage on the Plains of Abraham, Loto-Québec stage at Parc de la Francophonie, Hydro-Québec stage at Place Metro in Place d’Youville, and Le Lait Family Place.

Festival d’été de Québec has a strong focus on sustainability and eco-friendliness. “We invite all festivalgoers to help the FEQ go green!” organizers say on their website.

Recycling and composting are encouraged, and organizers try to reclaim and resuse as much of the building materials as possible. They sell cans instead of plastic bottles, and donate excess food to community groups. 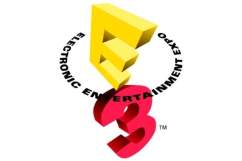 Promotional video of @festivaleteqc in Canada where @_avantasia will play on July 7th, 2013. Avantasia at 1:52 youtube.com/watch?v=3W8tGJ…

Festival passes are available online for $76.00, with a limited quantity of 75,000 passes up for grabs.

Day passes are available after Festival Passes sell out, online and by phone. A Day Pass gives festvial-goers access to the Bell Stage on the Plains of Abraham.