Jay Electronica has been one of rap music’s great enigmas.

A ridiculously talented emcee who was signed by Roc Nation in 2010, Electronica has teased and hinted at the release of his debut album for over a decade. For fans, news of his Act II project have become less promising than that of Dr. Dre’s mythical Detox. Still, Electronica (born Timothy Thedford) has been making the news as of late, explaining to Billboard that no one can make him release Act II, including President Donald J. Trump and his label boss, Jay-Z.

Jay Electronica, who has yet to drop his debut album, says 'an album is a false concept': https://t.co/btKYQPYD2m pic.twitter.com/ELCk7H4v3x

Electronica went on to reveal that he thinks albums are “a false concept, anyway,” and that “an album is something that was created by corporations as a product to make money. People have been making music, doing plays and telling stories around fires for trillions of years.” He went on to say that “I like albums but I’m not too really handcuffed to the concept of that.” Needless to say, media outlets took the “false concept” headline and ran with it, much to the chagrin of Electronica himself.

Now, the “Exhibit C” rapper has taken to Twitter to announce that he is now “done with interviews period,” and “the people can just get it from me via my social media now.”

I’m actually done w interviews period. The ppl can just get it from me via my social media now.

Electronica made good on this social media statement quickly, as he followed up the announcement with a pair of tweets that criticized the integrity of the journalists he met with:

Jay Electronica’s rumored debut is titled Act II: Patents of Nobility. It has yet to receive a proper release date. 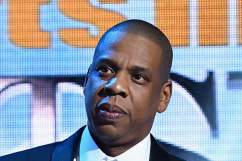 Read More
Hip-Hop, Jay-Z, Music, Twitter
Jay Electronica takes to Twitter to announce he will no longer be giving interviews to media outlets.