The Cuban-American singer will be on the cover of the upcoming Latina magazine, where she sat down for a detailed interview about her past, present, and where she wants to go in the future. Of course, a question that many still have on their mind is why Cabello decided to leave the girl group Fifth Harmony last year. Cabello gave her most detailed answer to date, explaining that “I needed to follow my heart and my artistic vision.”

.@CamilaCabello97 is our March/April 2017 cover star! Read all about her exciting new solo journey. https://t.co/3oDaKwWQva

She went on to state: “I started in the group when I was just 15… I’m grateful for everything we had in Fifth Harmony and for [this new] opportunity. I am less focused on success and more on doing my best and pursuing my artistic vision to the fullest, wherever that takes me. Of course I also hope people will enjoy my music!”

Fortunately for Cabello, it looks like fans have been enjoying her solo music so far. She scored a major hit with the Machine Gun Kelly duet “Bad Things,” and is featured opposite J. Balvin and Pitbull on the lead single from The Fate of the Furious soundtrack, “Hey Ma.” 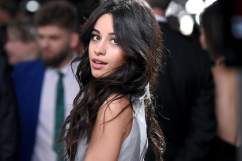 Camila Cabello’s Net Worth: 5 Fast Facts You Need to Know