Hours after telling a crowd in Germany that he’s intent on getting More Life done, Drake has taken to Instagram to set the record straight.

A posted video clip opens with the phrase “More Life,” before cutting to footage of an airplane and Drake on tour, and then to the words “March 18.” Is this the official release date for More Life? It definitely looks like it. Drake originally said that the playlist would air on an episode of OVO Sound Radio, but given that there was no scheduled air date set for tonight, the odds of seeing a release this weekend were slim.

This is also the first mention of the project that Drake has made since the original March 4 release plan, which came and went with little more than frustration from the fans. There’s little room for confusion this time around, however, as Drake makes it very clear that March 18 is the day.

This release date makes sense given that it also lands on a Saturday, therefore lining up with the OVO Sound Radio schedule. Barring any major developments, it looks like Drizzy fans can now take solace in knowing the project is officially on its way. 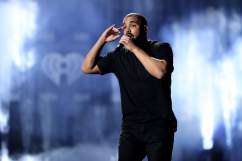