ON THE ROAD WITH UNCLE @SNOOPDOGG AND A FEW OTHER FESTIVALS. GET YOUR TICKETS NOW @ https://t.co/XX9x98j2FH ??? pic.twitter.com/J6IzVg1uiE

Flatbush Zombies are a trio (emcees Meechy Darko, Zombie Juice and emcee/producer Erick the Architect) out of…you guessed it, Flatbush, Brooklyn. The trio have been releasing music since 2012 and last year they released their debut studio album “3001: A Laced Odyssey”. Just a couple weeks ago the trio returned to celebrate the anniversary of their album with the single “Babel”.

Today though we have the news that the Flatbush Zombies are heading on tour with the one only Snoop Dogg. Consisting of 16 dates the tour begins in Denver, Colorado on April 19th, going through California, Ohio, North Carolina and more before ending in Texas. 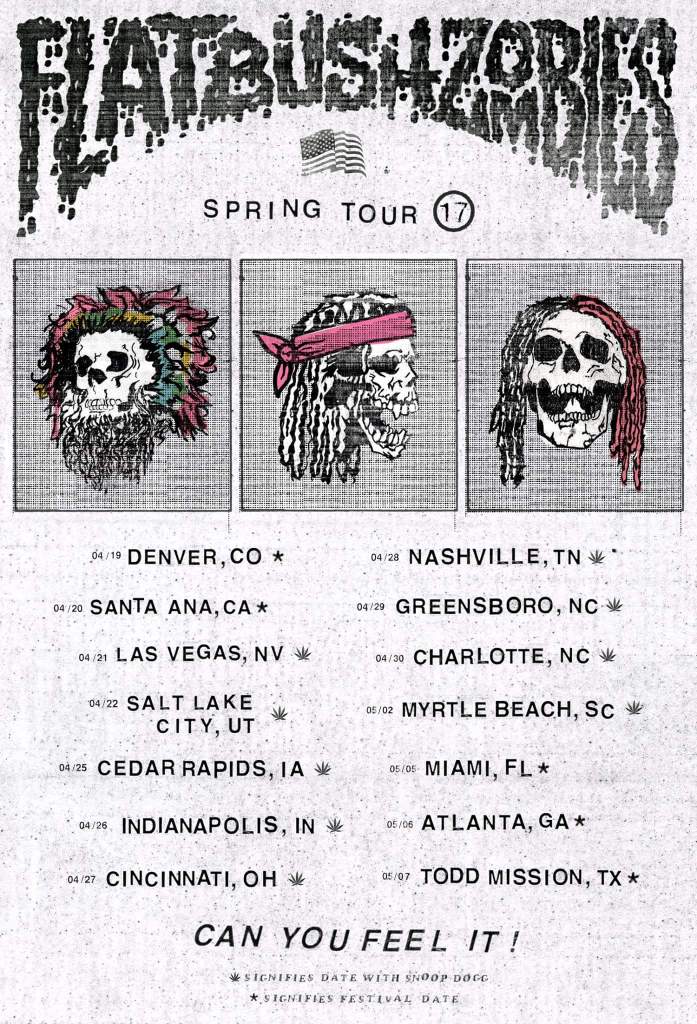