Last week Kendrick Lamar celebrated the second anniversary of his third full-length album “To Pimp A Butterfly” but late last night the Compton emcee might’ve hinted at his 4th album. In a cryptic Instagram post Kendrick Lamar just has the roman numeral for the number 4 in a black background.

Kendrick Lamar hasn’t revealed much about what’s coming next, but in an interview with The New York Times he gave us a bit of insight. Calling the album “urgent”. Kendrick also mentioned in the interview that, his third album “To Pimp A Butterfly” was meant to address the problems in our nation and society. It sounds like with his upcoming project, he’s going to offer solutions to solve them.

We haven’t heard a verse from Kendrick since he featured on Thundercat’s “Walk On By” which you can listen to below. 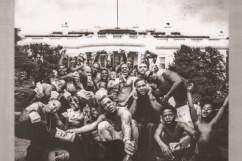 Kendrick Lamar ‘To Pimp A Butterfly’: 5 Fast Facts You Need To Know