Atlanta producer Mike Will Made It is getting set to release his debut album “Ransom 2”. The sequel to his mixtape “Ransom” which came out in December of 2014 boosts numerous AAA features. 17 tracks deep, we get features from Young Thug, Future, YG, Chief Keef, Rihanna and many more. However what’s catching everyone’s attention is something that Mike Will, tweeted that his album would be the only place we’d get a track with Gucci Mane, Rae Sremmurd and Kendrick Lamar on the same track.

The track entitled “Perfect Pint” is one of many star-studded guest appearances on “Ransom 2”. Below you can check the back cover and the tracklist for the album which comes out March 24th. 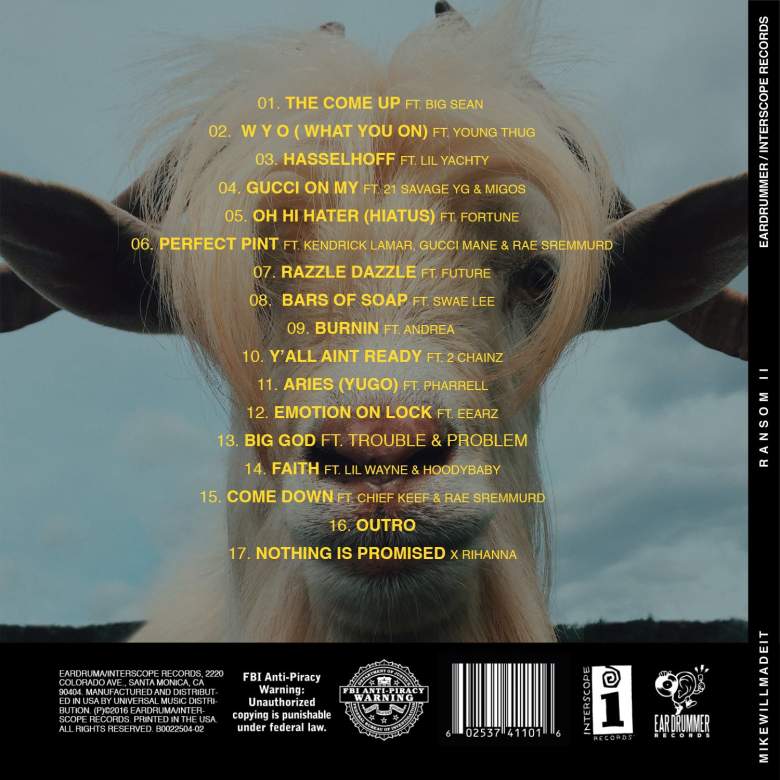