Hailing from Toronto, Canada, Aubrey Graham has taken the rap world by storm. The man who we now know as Drake began as a child actor on the hit T.V show Degrassi: The Next Generation. He got cut from the show due to spending too much time in the studio and showing up to work exhausted every morning. Despite spending years in the studio, it wasn’t until his “So Far Gone” mixtape that everyone was singing his praises and became everyone’s song to have on their Myspace page. Now with almost 10 million albums sold the sensitive and sometimes hard-hitting rapper is one of music’s biggest stars.

Heavy has decided to compile a list of Drake’s best songs to date. They range from smooth R&B tunes that will have you missing your third-grade crush to battle rap records that will have you angry at everyone in sight. Kick back and enjoy the range of emotions provided by Drizzy himself.

This song and video were Drake’s introduction to mainstream Hip-Hop fans. He had just signed to Young Money and was viewed as Lil Wayne’s protege. Drake had always made songs that catered to the ladies and this was no different. The lyrics for the song were inspired by one of Drake’s ex-girlfriend and longtime muse, Nebby. He raps about her on several songs you will see on this list. Whatever they went through it inspired Drake to bless the masses with his breakout hit.

The song was Drake’s first time charting solo on Billboard’s Hot 100 with reaching the number two spot and earned him two grammy nominations for Best Rap Song and Best Rap Solo Performance. Since this release,  Drake has inspired a generation of rappers to get in touch with their sensitive side. It doesn’t get sweeter than “sweatpants, hair tied, chillin’ with no makeup on/that’s when you the prettiest I hope that you don’t take it wrong.”

Drake is known for jumping on trends that are hot so in 2016 when Carribean vibes made a comeback in music, Drake was right on it. The song that features London singer Kyla and reggae artist Wizkid became his leading single off of his best-selling Views album. The message of the song is simple: get lost in the dancehall rhythm while becoming one with your dance partner. With lyrics like “grips on your waist/front way, back way/ you know that I don’t play,” Drizzy wants you to feel the freeness of island vibes and just have a good time.

This song was Drake’s first number one on Billboard Hot 100 and reigned for ten weeks. Although the song had crossover appeal into the pop world, it was met with a few funny “Drake’s fake accent memes.”  Despite the jokes of Drake trying to be Jamaican, this song is a pure banger.

This is the song that solidified Drake as being the “light-skin Keith Sweat.” Perhaps what catapulted this song was that it was released in 2011 around the same time Drake and Rihanna‘s supposed romance was heating up and many thought the song was about her. Many fans were confused when Drake released this song as his lead single to his sophomore album Take Care. We all knew Drake liked to sing in his songs but had no clue the album he was releasing was primarily R&B and would win him his first grammy for Best Rap Album. According to Drake’s long time producer 40, Drake didn’t even want to put the song on the album. 40 told Drake this is a moment and it had to go on there.

Wisely, Drake listened to his producer and Marvin’s Room became a classic. The song is about getting drunk in the club and calling your ex to tell them about how much you miss them. The song didn’t perform as well on Billboard as his other hits but became a cult classic. If you type in “Marvin’s Room Cover” on YouTube it will bring up 178,000 search results with JoJo’s version being one of the most popular.

This song was one the beginning of collaborations with Rihanna. The duo now known as “Aubrih” have spawned many catchy tunes together. This track has added to Drake’s sensitivity ranks with lyrics  like “I’ll be there for you/ I will care for you/ I keep thinking you just don’t know.” It samples Jamie xx’s remix of Gil Scott-Heron’s version of “I’ll Take Care of You” and the heavy piano strikes chords in your heart as you imagine the ups and downs of relationships.

Fresh off her breakup with Chris Brown this song sounds like an ode to how Drake will put on a cape and save RiRi. If you watch the video, there is a lot of caressing and locking of eyes, it doesn’t look like Drake is flexing his Degrassi acting chops – it looks like the real deal. This is Drake’s best mixture of a catchy melody and heartfelt lyrics for sensitive thugs everywhere.

5. “Started from the Bottom”

It’s universally known that Drake didn’t start from the bottom at all. When you first hear the track it sounds like something French Montana might make, it sounds like an upbeat song that will blend in instead of being something that Drake is known for doing – stand out. “Started From The Bottom” has that hooky, anthem quality. You quickly get over your first impression and find yourself feeling like you can conquer anything while singing along, “started from the bottom now were here!”

Drake appeared to be unfazed by the critics making a song about a fabricated struggle. Instead,  Drake went on a rare promotional run, performing the song at multiple venues such as the MTV Video Music Awards. The performance was met with even more criticism, this time about Drake’s hairline nevertheless, he persisted. This was Drake’s eleventh Billboard top ten hit.

This is the second single off of Drake’s Nothing Was the Same album. As soon as the beat drops it sounds like the perfect blend of a classic 80’s disco and R&B song, think Kool and The Gang meets Jon B. Drake doesn’t have the highest vocal range, but he smoothly sings through over three minutes about a bad girl that only acts good around him. It’s a simple song that Drake hoped would be played at weddings for centuries to come.

Drake is building a classic catalog of songs that not only paint him as the King of Rap but also a bonafide R&B crooner. With the help of OVO signee Majid Jordan hitting some high notes at the end of the song for emphasis, Drake has been able to cater what fans love the most from his love songs –  seeing the best in females and wanting to save them from their circumstance.

Rap beef is one of Hip-Hop’s greatest past times.  Drake has had his fair share of “beef” since he came to the scene from Common, Pusha-T and Kendrick Lamar. It wasn’t until his beef with Meek Mill that we were able to experience one of the greatest diss tracks in rap history.  The situation started with Meek Mill calling out Drake on Twitter about allegedly using a ghostwriter. Drake responded with a warning track “Charged Up” but once Meek kept tweeting, Drake delivered a knockout punch with “Back to Back.”

Drake brings a full arsenal of shots in this song mostly about Meek not being as successful as his then girlfriend Nicki Minaj. Some of his most infamous lines are “is that a world tour or your girl’s tour?” and “this ain’t what she meant when she said she wanted you to open up more.” Perhaps, the biggest diss about this aggressive track is the fact that it reached number 20 on Billboard’s Hot 100 and nominated for a Grammy.

Just as Drake was entering the dark trenches of diss tracks, he emerges with one of his biggest rap-pop songs to date. Remember Drake’s ex Nebby from earlier? This song was rumored to be about her too. The release of the song was met with criticism; it was a result of Drake jumping on other people’s waves again. The song was labeled a complete rip-off of D.R.A.M’s popular song “Cha Cha.” Drake responded to the criticism by chucking it up to having dancehall inspirations and that all dancehall songs have a similar riddim.

As usual, Drake rose from the controversy unscathed. The release of the music video that featured Drake hitting unique dance moves, some of which looking like he was playing tennis and others like he’s dancing merengue became a pop culture phenomenon that birthed countless memes.  Drake has continued to find his footing in the pop world with “Hotline Bling” as it won two Grammys, one for Best Rap Song and Best Rap/Sung Performance.

Certified platinum off of a free surprise song on SoundCloud  – not bad, Drake. Just before he took the stage at the OVO Fest in July 2014 Drake dropped a song to let you know he’s no longer playing any games. He showed his aggressive to smooth versatility over the six-minute track. The song produced many memorable lyrics that were seen over everyone’s Instagram captions, “I been Steph Curry with the shot/been cookin’ with the sauce/Chef Curry with the pot.” It was perfect timing because basketball season was just around the corner and Steph Curry led his team to a championship.

The second part of the song is Drake getting introspective with himself. He talks about how he reads people’s comments too much and maybe that will slow him down one day. He seems to comes to grips with everyone taking shots at him because he’s at the top, “if you wasn’t you, you would be dissin you.” This song was a turning point for Drizzy where his Steph Curry references allowed people to equate the word champion to Drake.

The song that is off of his sophomore album Take Care hits you like a ton of bricks. As mentioned earlier, Take Care is Drake’s most smooth R&B album so as you are getting into your feelings about possibly calling your ex to make up, Drake hits you with an anthem on track 12 about living it up and enjoying life. The song features Young Money general Lil Wayne and creates a moment for the boss and his protege.

The song produced by T-Minus has rock n’ roll elements that are bound to get any crowd hyped when hearing it. It covers an internal conflict Drake is going through about texting a girl his undying love for her and then later texting her that he only sent those texts because he’s drunk. Lil Wayne adds his own hesitations with love during his verse as well, “they say love is in the air, so I hold my breath until my face turns purple.” We love Drake for getting in touch with his emotions but adding Lil Wayne and a hard-hitting beat on top of that is just a recipe for perfection. 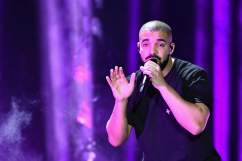