Since coming out with his first mixtape in 2006, Drake has been a force in the hip-hop game to be reckoned with. Drake caught the ears of the public by mixing relatable rap lyrics with melodic hooks of him singing. Each album tells a tale of where he is at the moment, personally or physically. From Houston to Toronto inspiration, Drake’s discography is as diverse as they come.

Here is a list of Drake’s best albums from best to worst.  You will see some classics on this list, some disappointments like Drake’s most recent album Views and many familiar collaborators such as Lil Wayne, Nicki Minaj and The Weeknd.

Drake’s sophomore album Take Care is the album that earned Drake his first grammy for “Best Rap Album.” The win was received with criticism https://youtu.be/-zzP29emgpgbecause the album is mostly filled with Drake singing but nonetheless, it’s still a perfect mixture of R&B love songs and rap tracks. After his debut album Thank Me Later, Drake desperately needed an album that wouldn’t be cookie cutter in order to prove he wasn’t becoming manufactured by a music label. The result of Drake getting his swagger back was a number 1 album selling album that featured Nicki Minaj, The Weeknd, and Lil Wayne. Drake’s longtime producer 40 who disappeared a little during his debut album returned and created a masterpiece.

With the creation of Take Care, Drake did something many people are thankful for which is introducing the American public to The Weeknd. The singer is featured on “Over My Dead Body.” Which coined the phrase “loving the crew” as an ode to how people are loving the takeover of the Toronto sound in music. Drake and The Weeknd went on to perform the song at numerous festivals and the Toronto takeover was officially in full effect.

In an interview with DJ Semtex, Drake calls More Life “a playlist for your life.” Drake wants this 22 track album to flow seamlessly and give everyone who listens a good time. Now with the Spring and Summer on the horizon, there are plenty of tracks to get good vibes from and plenty of Instagram caption ideas. One song that stands out is “Passionfruit.” The beat has island inspiration and with lyrics like “Passionate from miles away/Passive with the things you say/ Passin’ up on my old ways/I can’t blame you now,” you are bound to groove with it. If you’re still in the mood to turn up then “Portland” featuring Quavo and Travis Scott is another great pick. Drake slows it down with songs like “Jorja’s Interlude” and “Teenage Fever” which samples Jennifer Lopez‘s hit song “If You Had My Love.” There’s no actual J.Lo and Drake collaboration which puts to rest that they were working on music together while dating. Even though More Life is Drake’s newest album it is definitely one of his best.

The great thing about Drake’s third album Nothing was the Same is that it was promoted with immediate energy. “Started From the Bottom” was the lead single off Nothing was the Same and with lyrics like “started from the bottom, now we’re here!/Started from the bottom now the whole team here!” it’s hard not to get hype for NWTS. This album is Drake’s most cohesive work to date. The songs reflect the album, Drake understands he’s now a veteran and proves it by verbally sparring with Jay Z on “Pound Cake.”

Previous Drake mixtapes or albums had a few interludes like on So Far Gone and Take Care. NWTS had none, it was proving to any doubters that he was not only a pop star but can still rap circles around anyone.  “Tuscan Leather” was a 6-minute freestyle where he boasts, “ I’ve reached heights Dwight Howard couldn’t reach.” There are still soft moments like on Furthest Thing featuring Jhene Aiko where Drake gets introspective with, “Somewhere between psychotic and iconic/ Somewhere between I want it and I got it/ Somewhere between I’m sober and I’m lifted/Somewhere between a mistress and commitment”

Learn more about Nothing Was The Same here.

Nothing Was The Same download: Amazon – iTunes – Google Play

Drake teased this album for nearly two years before it dropped leading to a massive disappointment in expectations. During this time, Drake dropped the mixtapes,  What a Time to Be Alive and If You’re Reading This It’s Too Late. The mixtapes sounded more like party playlist so people were hoping Drake would get back to his substantial melodic roots on this album but they were wrong. It was widely criticized for sounded like another party braggadocious piece of work with lyrics like “keychain go jang-a-lang/I wanna do major thangs/M.J in every way/I just don’t fade away.”

Despite the criticism, Views is Drake’s most successful album to date. Views was Drake’s first album that sold over 1 million copies in the first week. It also produced Drake’s first solo Billboard Hot 100 single with “One Dance.” It has broken streaming records with Views being streaming over 3 billion times on Spotify with “One Dance” being the most streamed song in Spotify history. Drake wanted this album to be considered his greatest of all time; he wrote and recorded it in his native Toronto with long-time producer 40, however, the songs left a lot to be desired with lyrics like “how’s that for real?/Now you toyin’ with it like Happy Meal.”

Drake’s debut album was a huge disappointment for those who have been following him since his mixtape days. The mixtape he dropped before Thank Me Later was So Far Gone – an innovative mixtape that had Houston, Texas and Kanye West inspiration – a mixtape that earned him a Grammy nomination and caught the attention of Lil Wayne to sign him. Everyone thought Drake would continue his innovative brilliance on Thank Me Later but instead were met with an album that sounded like a guy who didn’t know if he wanted to give sharp punchlines to appeal to rap fans or make songs like “Fancy” that would appeal to pop fans.

There are songs like “Karaoke” and “The Resistance,” that use the perfect Drake recipe – rap about songs about former women in his life and how he wish life was as simple as it was in his Degrassi days. When he’s done rapping in the verses he will hit you with some unsure singing like he does in the hook of “The Resistance,” “What am I afraid of?/This suppose to be what dreams are made of/but now I don’t have the time to hang with people that I use to hang with/They tell me, you promised me you would never change.” The vocals sound like they have been through a number of synthesizers and auto-tuning. Drake has since grown in his singing and is more than comfortable singing his hits like “Hold On, We’re Going Home” live sans the auto-tune and all. Despite these feel good songs there are plenty of misses like “Fancy” – a song about how Drake appreciates how women get their “nails done, hair done, everything did.” It’s a sweet sentiment but midway when he starts shouting “Go Cinderella!/Go Cinderella!/Orgasm blush, and concealer/Devil in a tight dress, girl you a killer/And ain’t nobody realer,” things start feeling a bit too unorthodox, even for Drake. Thank Me Later seems to have wanted to please too many people, it looks like Drake quickly grew out of that by his second album. 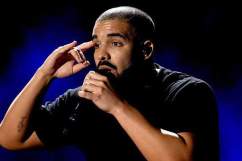