Drake and The Weeknd have always had a complicated relationship. From linking up in 2011 to their rumored falling out in 2013, complete with subliminal disses on both sides, the two musicians have always had a connection– whether through their shared Canadian heritage or their similarly moody, R&B-infused music.

Recently, it seems as though they’ve all but mended fences and renewed their friendship. Drake made a cameo in The Weeknd’s music video for “Reminder,” last week, and Weeknd returned the favor in spectacular fashion when he dropped by Drake’s Boy Meets World Tour on Saturday. The two shocked the crowd and Germany, as The Weeknd performed his recent hits “The Hills” and “Starboy.” Check out the video below.

Given this sudden reunion, and the fact that Drake is prepping the release of his playlist project More Life, the question many have had on their tongue is: can we expect another Drake-Weeknd collaboration to be on the tracklist?

It’s a rumor that HNHH addressed earlier this year when they listed 12 artists who could potentially feature on More Life. The article says the chances are low given that the two aren’t on good terms, but as can be seen by the latest developments, things have made a drastic change for the better. 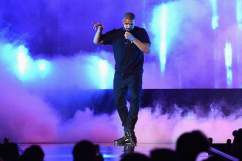 SOHH also reported that the duo were back in the studio this month, and posting pictures of themselves together live the one below. The “OVOXO” caption is a combination of Drake’s OVO and The Weeknd’s XO record labels.

With these context clues, The Weeknd’s cryptic tweet quoting Drake, and the fact that online threads have been throwing around a potential song title (“Remember, My Love”), we’d say the chances of seeing The Weeknd joining the More Life party are high. We’ll know for sure when it premieres this Saturday (March 4) on OVO Sound Radio. 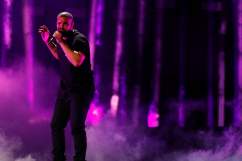