Since the release of his major label debut in 2012, Kendrick Lamar has gone from promising spitter to one of the defining hip-hop artists of his generation. Albums like Good Kid, M.A.A.D. City and To Pimp a Butterfly (2015) have reinvented the genre with dense lyrical content, head-spinning instrumentals, and a dedication to conceptual storytelling that’s been unparalleled by his peers.

Now, with anticipation steadily building, Lamar preps the world for the release of his fourth studio album. The still-untitled body of work has had a very unconventional rollout, with the rapper teasing promotional singles, thematic clues as to the album’s overall concept, and even potential guest features. For those who can’t wait for its release, we’ve compiled every bit of info that Lamar has given us, so that we can be fully prepared when the album finally drops.

1. The Album Will Have Religious Overtones

In an interview with T Magazine, Lamar discussed the conceptual theme of his new album, saying “I think now, how wayward things have gone within the past few months, my focus is ultimately going back to my community and the other communities around the world where they’re doing the groundwork.” Lamar used his previous album, To Pimp a Butterfly, as a comparison point for his new concept: “Butterfly was addressing the problem. I’m in a space right now where I’m not addressing the problem anymore.”

“We’re in a time where we exclude one major component out of this whole thing called life: God,” Lamar added “Nobody speaks on it because it’s almost in conflict with what’s going on in the world when you talk about politics and government and the system.” Lamar also told T Magazine that he wanted the album to be “urgent” for listeners. 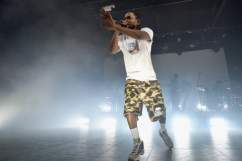 Did Kendrick Lamar Hint At His New Album?

2. The Album Will Have A Bold New Sound

Lamar’s sonic template has varied from project to project. Good Kid, M.A.A.D City worked from a commercial sheen, while To Pimp a Butterfly and untitled. unmastered. (2016) put forth a more experimental, avant-garde sound. And according to producer Syk Sense, Lamar’s template will continue to develop on this new album. Producer Syk Sense told AllHipHop that while he doesn’t have a hand in the creative process, a few of his friends who are producing for Lamar told him that the album is completely different. “Like it’s some of the hardest sh*t that I’ve ever heard,” Sense revealed, “And the fact that it’s connected to Kendrick as well just makes it that much better. F**k, we’ve got some… some pretty heavy new guys, that’s really going to make a name for themselves off these beats.”

Atlanta producer Mike WiLL Made-It will also have a hand in shaping the album’s sound, as he produced the hard-hitting promotional single “Humble.” In a recent interview on The Breakfast Club, Mike WiLL teased that not only is his sound gracing this track, but he will have two other production credits on the album. Watch the full interview above.

While Lamar’s “The Heart Part 4” caused a stir for its alleged disses at Big Sean and Drake, it’s the song “Humble” that’s gained the most attention– particularly Lamar’s second verse, with lines like: “I’m so f**king sick and tired of the Photoshop/Show me something natural like afro on Richard Pryor/Show me something natural like ass with some stretch marks.” Many woman have expressed their outrage over that last lyric, feeling that it undermines a specific group of females in order to uplift another.

Kendrick has a rather patronizing, shallow way of looking at situations relating to women. I wish I could tell him about himself lol

Some have even used the song to speak on the idea that Lamar often comes up short when discussing the fairer sex in his music, with one Twitter user saying that the ” Kendrick has a rather patronizing, shallow way of looking at situations relating to women.” This isn’t the first time Lamar has sparked controversy in his music, as his performance at the 2016 Grammy Awards was derided by some for promoting reverse racism against white people.

In spite of these issues, “Humble” is being widely praised by music critics, who are eager to see how it fits into Lamar’s overall album. 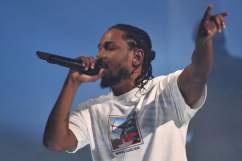 Is Kendrick Lamar Dissing Drake on ‘The Heart Part 4’?

4. The Production Credits Have Leaked Online

In late March, a user on Pastebin posted what looked to be the tracklist for Lamar’s upcoming album. It came complete with titles, production credits, features and song length, promoting the internet to collectively scratch their head over whether or not it was real. Lamar and his TDE record label have kept quiet about the alleged leak, neither confirming nor refuting it, and subsequently causing more speculation among fans.

The tracklist was finally refuted on April 7th, however, as a pre-order link on iTunes revealed songwriting and production credits on the album. Check out the artists who will appear below, which include U2, 9th Wonder, James Blake, and Anna Wise.

This bit of information has been the most debated amongst fans and music publications. The song “The Heart Part 4,” ends with the menacing lyric “Ya’ll got til April 7th to get ya’ll sh*t together,” and listeners have taken this warning to mean that Lamar’s fourth album will indeed be released on that date. The day after the song was released, Apple Music’s head of artist curation Carl Chery posted an Instagram picture of himself listening to music while sitting next to Lamar, with the caption: “Ya’ll ain’t ready!”

The notion that the album would be released on the 7th continued to pick up steam, until a pre-order link surfaced on iTunes. The link, which fails to reveal artwork or track titles, announced that the album’s will actually be released on April 14th. And while some fans were disappointed with the news, at least there is a concrete date to anticipate. Check out the pre-order above. 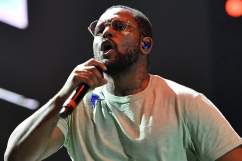