Prince performs during the NCLR ALMA Awards on June 1, 2007 in Pasadena, California. (Photo by Kevin Winter/Getty)

The death of Prince Rogers Nelson, more commonly referred to as Prince, shook the world on April 21st, 2016. At only 57 years young, the pop icon was gone, leaving behind seven Grammy Awards, a persona that redefined what it meant to be masculine in the modern age, and a body of work that ranks among the most influential musicians of all time.

And while Prince remained in the cultural spotlight for over five decades, he was notoriously private about his personal life, and preferred to keep it a mystery to the rest of the world. It is then fitting that a year after his death, fans still know very little about the man nicknamed “The Purple One.” To commemorate his death, and to celebrate his life, we’ve assembled five fast facts you need to know about Prince’s legacy.

1. His Death Remains A Mystery

Prince’s death has been a controversial topic for many. The coroner report states that he died from an accidental overdose of the opioid fentanyl, but for the famously clean-living singer, this has only raised more questions for fans and police alike. “With someone like Elvis Presley or Kurt Cobain or Amy Winehouse, there is an unambiguous picture of physical or psychological deterioration as part of substance abuse,” Prince biographer Alex Hahn tells USA Today, “Prince died of an overdose but he doesn’t have these other [signs] in common with them.”

“There’s [still] a lot of mystery,” adds lawyer Frank Wheaton, “A lot of information behind the curtain.” This proved especially true earlier this week, as unsealed police documents revealed that the medications found on Prince’s Paisley Park estate were not legally prescribed. It remains to be seen whether foul play was involved, but officer Jason Kamerud affirms that “the case remains open and is being actively investigated by our detectives and the DEA under the guidance of the U.S. attorney.” 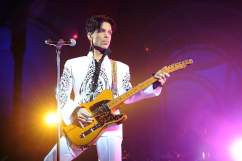 Anyone familiar with Bruno Mars knows how influential Prince has been on his career. And when it came time for the pop superstar to honor him at the 2017 Grammy Awards, it was an honor he didn’t take lightly. “He agonized over [it] for two weeks, said Grammy executive producer Ken Ehrlich, referring to which song Mars would perform, “‘When Doves Cry,’ ‘1999,’ ‘I Would Die 4 U,’ ‘Kiss‘ – I said some of those songs shouldn’t be done by anyone but Prince.”

Mars ultimately settled on “Let’s Go Crazy,” the lively opener from Purple Rain (1984). Adorned in a purple coat, the singer jammed through “Crazy” and a pair of tunes alongside The Time, the Minneapolis band that Prince put together with cousin Morris Day in 1981. The agonizing paid off  with a unanimously praised performance, but it was the words of Day that proved most rewarding: “Bruno ripped it up. I don’t think there’s another artist who could pull it off as perfectly with us.” Not bad, Mr. Mars, not bad. 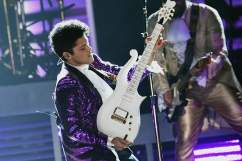 3. His Ex-Wife Mayte Garcia Wrote A Book About Him

Prince’s musical talent has been attested to in countless documentaries, but for a closer look at the man himself, the book The Most Beautiful is the way to go. Written by Mayte Garcia, a former New Power Generation member who was married to the singer from 1996 to 2000, the book peels back his public persona for stories of flirtation, quirky behavior, and one especially entertaining story about hypnotism:

“Together we explored universes and lifetimes and universal truths… When he ready to bring me back, he’d snap his fingers next to my ear and say ‘When you wake up, you’ll know that you are loved and safe and warm.’ Garcia recalls discussing whether or not their souls had “met before and where that might have happened. He was fixated on Egypt.”

The Most Beautiful also delves into the tragic death of Prince’s son Amiir, who was born with the genetic disorder Pfeiffer syndrome type 2, and lived for only six days in 1996.

Since his death last April, Prince’s catalogue has sold a staggering 2.23 million copies in the U.S. According to Billboard, this placed “The Purple One” ahead of every other artist—living or dead– in 2016, a year that saw major releases from superstars like Beyoncé, Drake and Adele. His best-selling albums included The Very Best of Prince (668,000 copies), Purple Rain (498,000), 1999 (169,000) and 4Ever, a posthumous release that included two unreleased songs and sold 67,000 copies. His most popular songs were “Little Red Corvette,” “Kiss,” “Let’s Go Crazy,” and “Purple Rain,” which netted an impressive 621,000 downloads.

This renewed popularity has continued into 2017, as Nielsen Music reports that Prince has already sold 179,000 units– more than doubling the number he had this time last year (84,000). Coupled with the knowledge that Prince’s estate has access to a wealth of unreleased material, it’s safe to assume his music won’t be slowing down anytime soon. 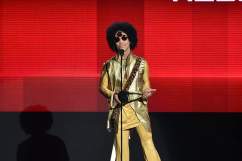 5. His Estate Will Release New Material In June

Warner Bros. Records looks to continue this chart dominance with several Prince releases scheduled for this summer. In a press release for NME, Warner Bros. wrote: “When we make any of Prince’s music available to fans– from the hits to unreleased gems– we are committed to upholding Prince’s high creative standards and we know fans will be thrilled when they hear these albums and see these films.” This announcement refers to two albums of previously unreleased songs, as well as a pair of concert films that will all come out on June 9th, 2017.

Warner Bros. is also working on the reissue of Prince’s 1984 masterpiece Purple Rain, which, according to NME, will be remastered by the album’s original engineer, Bernie Grundman. The three-disc package will also include remixes, extended versions, and a concert film from 1985. Check out the tracklist below. 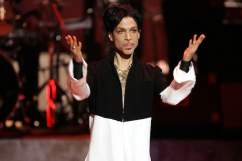 Will Prince’s Posthumous EP ‘Deliverance’ Be Released On Friday?

Read More
Death, Family, Music, Prince
On the one year anniversary of his death, we celebrate the incredible life of musician Prince.