Kendrick Lamar performs during the Coachella Valley Music And Arts Festival at the Empire Polo Club on April 16, 2017 in Indio, California. (Photo by Kevin Winter/Getty)

It looks like Kung Fu Kenny has more heat in the oven.

After a wild array of conspiracy theories, including the idea that he would put out an album on Easter Sunday, Kendrick Lamar has finally broken the silence on whether or not fans should expect more music. During his in-store signing in Compton to promote his latest album DAMN, Lamar revealed that there is in fact some new stuff in the stash. He did so on while on an Instagram live chat, which can watched below.

“We gon’ continue to bang this,” says Lamar, “I got more music. Ya hear what I’m saying.” And while the emcee neglects to mention whether this music will be in the form of another album, or outtakes from his DAMN sessions– in the vein of the something like Untitled Unmastered (2016). This theory has some contextual evidence from Kid Capri, who, earlier this week, revealed that he worked on several songs with Lamar that didn’t make the final tracklist for DAMN.

In an interview with Mass Appeal, Capri spoke on the recording process with Lamar, saying “[TDE] reached out to me, and asked me if I could come meet up with Kendrick. So we sat down and we figured it out. I came to the studio and recorded a lot of stuff, they took what they wanted, placed it where they needed to place it. I think they’ve got some more stuff– there are some more things– coming out later, but for right now, that’s what happened.” Check out a song that did make the final cut, DNA, below.

There is also the possibility that Lamar could simply be referring to guest verses on other albums, which, given the planned releases for fellow Top Dawg Entertainment artists SZA, ScHoolboy Q, and Jay Rock, would also make sense.

Either way, social media has taken the announcement and run with it. Check out some the best reactions below.

Can we get some hype @kendricklamar is releasing new music #http://thissongissick.com/post/kendrick-lamar-hints-at-new-music-coming

Maybe the image of Kendrick Lamar's head being on fire indicates that he's dropping new music on the day of Pentecost pic.twitter.com/0NTPaw3YnQ

Kendrick Lamar says he has more new music on the way ?? pic.twitter.com/wzCY1kAH6v 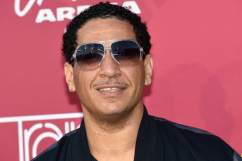