Two weeks ago, Kendrick Lamar released a cryptic message on Instagram that simply read “IV.” While many believed he was hinting at the release of his fourth studio album, the image wound up being the artwork for his song “The Heart Part 4.” There was yet another clue in the song’s lyrics, however, as the final line read ” Ya’ll got til April 7th to get ya’ll sh*t together.”

And so now, with 24 hours until said calendar date, fans everywhere continue to ask: will Lamar actually release his new album?

It’s definitely the most convincing narrative given the information we do know. The release of “Humble,” all but certainly the lead single (complete with catchy chorus and music video), is an enormous piece of evidence for supporters of the this album theory. Additionally, Lamar’s record label, Top Dawg Entertainment, has ramped up the excitement for a Lamar project on social media as of late, teasing fans with tracklists and promising the release of albums from peer artists like SZA and ScHoolboy Q after Lamar. In addition to this, Lamar is scheduled to headline the Coachella Valley Music And Arts Festival on April 14th, so the idea of the album coming out sooner than later seems like the most likely option. 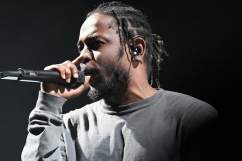 This wouldn’t be the first time Lamar dropped a project out of the blue. In 2016, Lamar released untitled unmastered, a collection of demos and outtakes from To Pimp a Butterfly without any promotion or previously known tracklist. Granted, it was far from a major release, but it set a precedent that this latest album could very well follow.

In spite of all these context clues, however, neither Lamar nor Top Dawg has actually confirmed April 7th as the day that fans will get to listen to the new album. A few months ago, a source for Uproxx claimed that if news “doesn’t come directly from TDE then it isn’t official,” which does raise some red flags. Even ScHoolboy Q, who threw a photo of himself listening to the album on Snapchat last week, said little in the way of when the rest of the world would also get to bump it. All we know for sure is that Lamar will release something on April 7th, and for some, that may be just one piece of the overall puzzle: an official tracklist, an album cover, perhaps even another single. As of right now, all fans can do is wait. 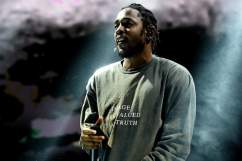 Read More
Hip-Hop, Kendrick Lamar, Music
With a day remaining until the alleged release date of Kendrick Lamar's new album, we assess whether or not its really coming.