Bryson Tiller is back. After the release of his breakthrough album Trapsoul in 2015, Tiller became a standout in the R&B genre for his introspective lyrics, syrupy production, and stylistic comparisons to artists like Drake and The Weeknd.

Now, after months of teasing and speculation, he has announced the release date of his second album and dropped a few new songs to boot. Check them out below, and learn more about Tiller and what to expect the second time around. Here are five fast facts about his new album True to Self.

Tiller has been teasing fans for months about how close he’s been to finishing the album. In October of 2016, he shared an Instagram post that said: Album almost done,” implying that it would be in stores sooner than later. As it turned out, “almost” meant closer to half a year before we’d be getting any new music.

On May 11th, Tiller announced that True to Self will finally be released on June 23rd, and that it can currently be pre-ordered on his personal website trapsoul.com. Earlier this year, Tiller briefly discussed the recording process of True to Self on Twitter, writing “Sophomore album complete. I always feel like I got a lot more to say whenever I’m “done” but I’ll save it for the next one I guess.” Perhaps the lull in between Tiller’s second and third projects will be less than his first and second as a result. Watch the trailer for True to Self above.

As for the new music, Tiller caused a bit of confusion when he dropped “Honey” on his Soundcloud account. Produced by Nes, the buttery slow jam finds him returning to his signature sound. Most fans and media outlets believed this would be the only release to coincide with the album announcement– which, as it turned out, was false. Listen to “Honey” below.

Within minutes of the release of “Honey,” Tiller actually uploaded two more tracks to his YouTube account. First, there was “Somethin’ Tell Me,” a mid-tempo cut that finds the singer delving into a relationship gone wrong and what could have been done to salvage it. Then there’s “Get Mine,” which features Young Thug and has Tiller exercising a more aggressive flow reminiscent of the 2015 song “Rambo.” Check out the latter track below.

3. Drake & The Weeknd Are Rumored Features

There is also the rumor that rap superstar Drake will be one of the album’s guest features, as the two have flirted with the idea of collaborating since 2015. In fact, Drizzy tried to sign Tiller to his OVO Sound label after Trapsoul blew up, but the 24 year old decided to sign with RCA Records instead, feeling that they would do a better job at promoting his brand. Obviously there is no animosity between the two crooners, however, as Tiller considers Drake “like a big brother” and that he’s “the only person I care whether they like my music.”

Last December, Tiller tweeted out the exciting message: “Started some vibes with Drake today. More Life.” And while the latter part of the message had fans theorizing that Tiller would appear on Drake’s playlist More Life, it’s obvious whatever they were working on didn’t make the cut. That leaves chances high that the Drake collaboration could land on True to Self instead. Additionally, there have been tweets claiming that the Champagne Papi and The Weeknd are confirmed to be on the album. Check it out below.

Drake & The Weeknd will be on Bryson Tiller's new album "True To Self" pic.twitter.com/DLGJlrhfdi

While the Drake collaboration failed to come to fruition, Tiller has still been quite busy. In 2016 alone, the Kentucky native went from up-and-comer to bona fide guest feature, lending his vocals to notable rappers like Gucci Mane, DJ Khaled, Lil Lonnie, Travis Scott and Future. Check out “Ima Be Alright” below.

From there, Tiller performed on Late Night with Seth Meyers, and was the recipient of the Best New Artist and Best Male R&B/Pop Artist at the 2017 BET Awards. It’s obvious that he is no longer the rookie musician, and this newfound confidence and success will undoubtedly play a part in True to Self‘s lyrical content. It’s a situation not dissimilar to the one that Drake faced when recording 2011’s Take Care— an album whose style strongly influenced Tiller. Watch his BET Award performance above.

5. He Will Refine the ‘Trap Soul’ Sound

Based on interviews and the sonic makeup of Tiller’s latest songs, it looks as though True to Self will be a logical progression of the sound that he put forth on his debut album. In his artist biography for RCA Records, Tiller says that his formula is “just trap and hip-hop influenced R&B, the perfect marriage between hip-hop and R&B.”

He went on to say that he prefers to be limited in the amount of guest verses he gets on his music, saying ‘I’m weird about features and asking another artist for one. I hate getting rejected, which why I don’t really holler at girls for real. So it’s hard for me to go up to other artists and go ‘Yo do you wanna get on my song?’ If they won’t sing on my song, I just sing on it myself.” Tiller has also cited R&B artist Omarion as a massive  influence on his music. 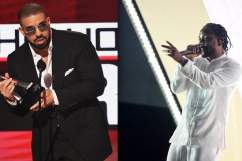