Joe Budden has a long history of starting feuds with other rappers, but none have sparked such a divide in the community than his attacks on Lil Yachty.

Yachty, born Miles Parks McCollum, has risen to fame with singles like “1 Night,” “Minnesota,” and “Broccoli,” each of which have promoted a silly, fun-loving approach. Many, however, have attributed this style, dubbed “bubblegum trap,” to be yet another sign of hip-hop’s decaying quality in the mainstream. This is certainly where Budden stands, as the veteran rapper has been very vocal in his disdain for Yachty over the past few months, saying that “Yachty isn’t hip-hop” and that he’s “ruining the culture.”

It got to the point where Yachty’s father, Shannon McCollum, had to speak up on Instagram and defend his son against Budden’s attack. McCollum subsequently clowned Budden for being irrelevant and a “cornball,” and claimed that Yachty has “done more in one year than you’ve done your whole whack a*s career.” Check out the full Instagram post here.

This disdain reached a whole new level when Yachty appeared as the guest on Budden’s show Everyday Struggle. While in attendance to promote his new album Teenage Emotions, Yachty was instead forced to defend his craft and his happy-go-lucky persona against a visibly upset host. When Yachty claimed that he was in fact, “happy all the time,” Budden launched into a fit of yelling, saying “You can’t tell me you wake up every day happy 24/7, because to say that you are lying. That is a lie. That is bullsh*t. And I refuse to have somebody tell me bullsh*t. I want to have an honest conversation.” Watch the full interview above.

To Yachty’s credit, he handled the situation pretty well, but once footage of a fuming Budden went viral, there was clearly a bias in who was right and who was, shall we say, blowing things out of proportion. Check out some of the best memes and reactions to Budden’s rant below.

It’s clear that fans were quick to point out just how averse Budden seemed to the idea of being “happy.” What otherwise seemed a positive claim on Yachty’s part was definitely the focal point of the Budden slander.

Lil Yachty: I love my momma ? I love taking her shopping and making her prou…..

Joe budden: YOU CAN NOT BE HAPPY ALL THE TIME

Images of Budden yelling also served as a source of enjoyment online, as many turned them into memes that summed up the entire ordeal (with a nice Spongebob shout-out thrown in for good measure).

Lil Yachty: F is for friends who do st-

Joe Budden: F is for fire that burns down the whole town!!! U is for uranium… BOMBS!!!!! pic.twitter.com/lFGGF12KTJ

Joe Budden: CAN YOU NAME ALL THE RAPPERS IN WUTANG IN ALPHABETICAL ORDER!? MOS DEF+ TALIB KWELI MAKES WHAT RAP GROUP!? WHERE'S 2PAC FROM!? pic.twitter.com/TaMLjxuyiy

lil yachty is me and joe budden is my depression pic.twitter.com/0MlOrpNOCy

One fan even dug up the infamous clip of Budden falling down an escalator at an airport in 2014. 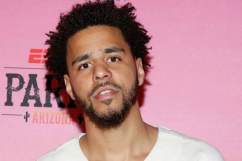