Terrence LeVarr Thornton, better known as Pusha Ton or Pusha T is one of hip-hop’s most revered and respected lyricists and artists today. He has been able to supersede the prototypical hip-hop artist’s shelf life by maintaining relevance for over a decade and a half. King Push made his first commercial appearance in 2002 alongside his older brother No Malice [formerly Malice] in the Virginia Beach-based rap group known as The Clipse. Since then he’s been able to release three full-length major mainstream projects as a member of the rap duo, with their debut album Lord Willin’ debuting at number one on the Hip-Hop/R&B Billboard 100 and number four on the United States Billboard. As well as release three commercial solo projects, some of which have been considered classics amongst followers of the culture.

Throughout Pusha T’s illustrious career the lyric-driven artist has become more relevant than ever and is now revered as a household name following his recent on-wax spat with the Toronto-based superstar in Drake. On his latest album, Daytona, that dropped in May of this year, the hip-hop artist directly took shots at the ‘In My Feelings’ rapper on his album-closing track entitled ‘Infrared’. This fueled a back and forth trading of rap disses between the two which resulted in Pusha T coming out as the last man standing after the release of the diss track ‘The Story of Adidon’. Which in turn helped the artist cultivate a larger listening audience.

Even though Push might have won the battle, there still is a mystique surrounding the Bronx-born artist. Fortunately, through the course of his career as a musician, Pusha has been quite open about his personal life and struggles with the general public. With that said, here are five facts that you need to know about one of today’s hip-hop greats in Pusha T. 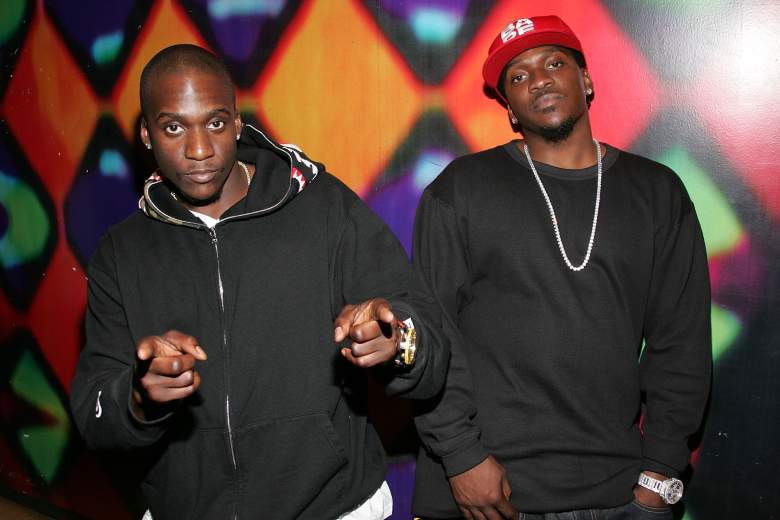 For most casual hip-hop fans, ‘Grindin’ was their introduction to the hip-hop duo known as The Clipse. The Neptunes produced track was the lead single to the group’s 2002 commercial debut for their now certified gold album, Lord Willin’. The minimalism surrounding the production and musicianship of ‘Grindin’ is what drew mainstream audiences in, while an unforgettable grungy drum pattern weaved through gaudy wordplay by both Pusha T and No Malice became favored by hip-hop enthusiasts and casual rap fans alike.

What many don’t know about The Clipse’s hit single is that Pusha was initially intimidated by the unusually minimalistic instrumentation and wrote a multitude of verses for the track before it was eventually released. Matter of fact, producer Pharrell Williams threatened to give the track to hip-hop megastar turned mogul, Jay Z, if the duo couldn’t produce suitable results prior to the song’s release. Unfortunately, the track didn’t do as well as the rap duo hoped and they were forced to tour the single utilizing drug dealers across the country as their core audience. While speaking with interviewer extraordinaire, Nardwuar, Push revealed the following,

“People think that ‘Grindin’ was just like a phenomenon, it really took 9 months to break.‌ Before it really got to the public, I feel like I did every $1500 to $3000 show for every drug dealer across the country.”

Pusha Ton also revealed that he was forced to wear a bulletproof vest while touring the single stating,

“I would go to places like Milwaukee, Wisconsin. That was the first time I ever had to put on a bulletproof vest… and perform… or to walk in and walk out. It was just the culture at the time, there was a lot of street money involved and a lot of tension, but at the same time, people loved the music and the reality behind it. It took 9 months for me to go all the way across the country and back, and by the time I got back ‘Grindin’ was a phenomenon, and that’s who helped it so I owe them for everything.” 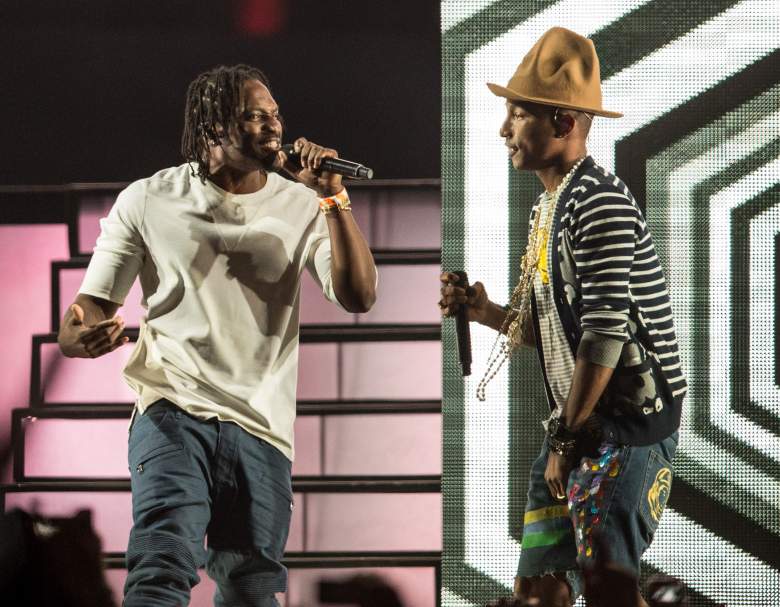 As followers of mainstream media, it is nearly impossible to not know who Pharrell Williams is. Pharrell has one of the biggest musical hits of this decade in ‘Happy’ and has multiple hits under his belt in singles like ‘Blurred Lines’, ‘Frontin’, and ‘Come Get It Bae’. Not only is he a star in the music realm he’s also influenced streetwear and high fashion in a plethora of ways. Pharrell is one of adidas’ leading brand ambassadors and has designed multiple silhouettes for the German-based apparel company. All the while making millions designing and funding his own streetwear brands in Billionaire Boys Club and Ice Cream.

But how does the dichotomy of hard-hitting drug dealer rapper persona of Pusha-T and the eclectic artistic aesthetic of Pharrell come together not only in business but to form a lifelong bond? The two actually met as teenagers in Virginia and Williams later helped Push and his brother, No Malice, secure their first record deal in 1997 with Elektra Records. Unfortunately, the duo released a lackluster single entitled ‘The Funeral’ and The Clipse were dropped from the label after the failed attempt of a single. But later Williams came to the rap group’s rescue again in 2001 signing them under his Star Trak imprint in partnership with Arista Records where the team of Pharrell Williams and The Clipse became hip-hop industry heavy hitters.

Later in 2010, The group split and left Pharrell’s label and Push signed a solo deal with Kanye West‘s G.O.O.D [Getting Out Our Dreams] Music record label. Fortunately, there was no bad blood between Williams and Pusha T as their business dealings dissipated. Matter of fact, in 2014, the ‘Come Back Baby’ rapper told TRACE magazine that he and Pharrell speak every single day despite their hectic schedules revealing a forever lasting bond and friendship between the two polar opposites. 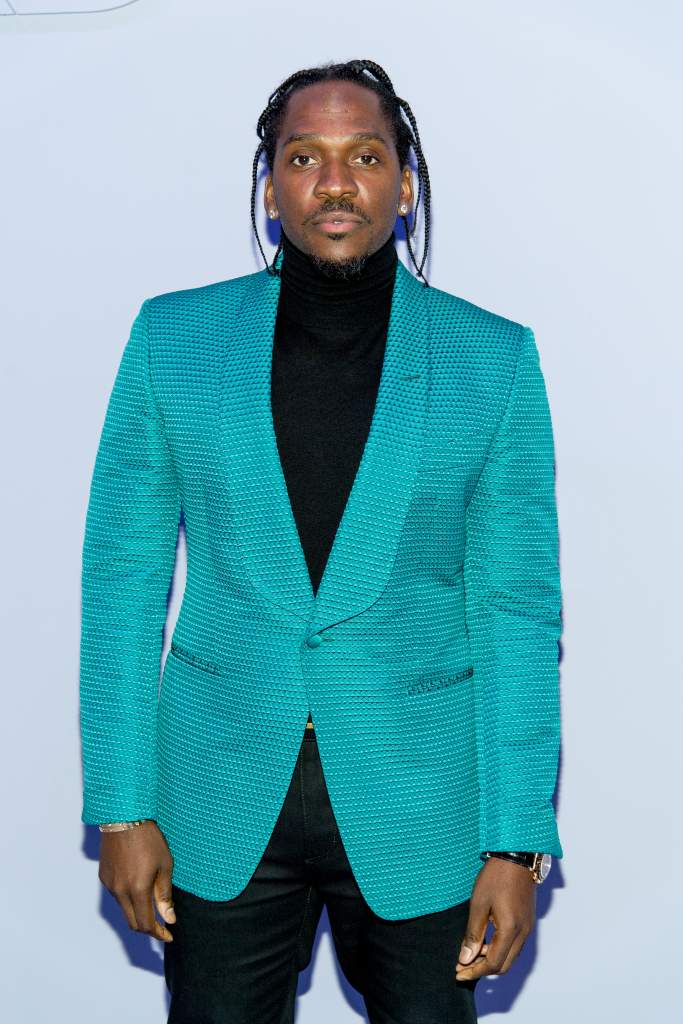 Mass incarceration and prison reform have been hot-button topics in the socio-political realm of our country for the past several years. The general public has recently become aware of the reality of the prison industrial complex that is utilizing bodies for profit while turning hopeful reformed patrons into second-class citizens. Fortunately, influencers and public figures in the hip-hop community have been vocal about their own experiences with law enforcement and Pusha T has been at the forefront of entertainers hoping to modify our current justice system.

In the past, Pusha T has had several meeting with former Head of State, Barack Obama in regards to his My Brother’s Keeper initiative. The Virginia hip-hop representative also stepped into the political realm by publicly endorsing former United States presidential candidate Hillary Clinton. But his socio-political influence became truly prevalent when he recorded a heartfelt prison reform PSA about a young man named Norman Brown who was sentenced to life in prison without parole on nonviolent drug distribution charges due to prior convictions and mandatory minimum sentencing laws.

Push’s advocacy for Brown’s freedom helped the man who spent 22 years behind bars get another chance at living a normal life after he was granted clemency by Barack Obama before leaving office in 2017. Since then, the elite lyricist has revealed that he will continue to dabble into politics and social reform after proving that his voice and platform can be used to shift the narrative and create positive outcomes for those without a voice.

A lot of hip-hop artists tend to glorify the negative attributes of street life without ever having to really live out those experiences for themselves. Well, the same can’t be said for Pusha T and his brother No Malice after their group’s manager, Anthony Gonzalez, was sentenced to 32 years in prison for his participation in a drug ring worth $20 million back in 2010.

According to court documents obtained by The Virginian-Pilot, Gonzalez, who went by ‘Tony’ or ‘Geezy’ ran the drug organization out of the Encore Lounge nightclub in Virginia Beach. Gonzalez was supposedly responsible for distributing more than a half-ton of cocaine, hundreds of pounds of heroin, and a ton of marijuana throughout the region. The drug operation had also been linked to former Blood gang leader, Marlon Reed, as well as Olympic gold medalist, Tim Montgomery. Before being sentenced, Gonzalez publicly apologized to U.S. District attorney, Jerome B. Friedman, stating,

The news of Gonzalez’s drug empire being exposed and the realization that he may never see his friend and manager alive again not only drastically changed the trajectory of Pusha T’s career but deeply impacted his mental health. Push publicly spoke about Gonzalez on part two of his My Name Is My Name documentary on Mass Appeal and how watching his inner circle go down with indictments and be implemented into the prison industrial complex changed his entire outlook on life.

5. Pusha T’s Brother Goes From Malicious the Rapper to No Malice the Man of God

The Clipse’s 2009 album, Til The Casket Drops, was the duo’s last together as a group. The final track on the album entitled ‘Life Change’ that hinted at brothers [No] Malice and Pusha T possibly walking away from the music industry after being blinded by the fallacious glamour and allure of the industry’s highly addictive and deadly lifestyles. Theoretical hypotheses were being exposed by hip-hop purists thinking the group was headed in another direction musically when in reality it was Pusha’s brother, Malice, calling it quits from the rap game.

It took years before Malice had revealed that he had changed his hip-hop moniker to No Malice and that he officially retired as a musician in a Netflix documentary entitled End of Malice where speaks on turning his life over to God after years of being unfaithful to his wife, having an AIDS scare, watching his friends be shipped off to prison, and his guilt of the possible negative impact he’s had on the black community.

Pusha later revealed that he never wanted The Clipse to end but has been supportive of his brother’s choice in pursuing his own happiness and as he himself has turned out to be one of this generation’s most impressive solo hip-hop acts. Pusha Ton might not be the most popular figure in hip-hop but his lyrical ability, perseverance, and spirit have proven that he is a living legend. Long live King Push.