Tribute Poster/Twitter Metallica and the Foo Fighters will honor the memory of the late Chris Cornell with a tribute performance called "I Am The Highway: A Tribute To Chris Cornell."

Metallica and the Foo Fighters are among the cast of musicians who will honor the memory of the late Chris Cornell with a special tribute performance called “I Am The Highway: A Tribute To Chris Cornell.” The concert will take place at The Forum in Los Angeles, California on Wednesday, January 16, 2019.

Cornell’s former bandmates in Soundgarden, Audioslave and Temple of the Dog will also perform at the show. Late-night TV host and comedian Jimmy Kimmel will host the event, and will feature several surprise guests, according to Blabbermouth. All proceeds from the show will benefit the Epidermolysis Bullosa Medical Research Foundation (EBMRF).

I AM THE HIGHWAY: A TRIBUTE TO CHRIS CORNELL

Metallica released a statement about the event. Check it out below:

“In May of 2017 we lost one of the most unique, distinctive, and game-changing voices in rock with the passing of Chris Cornell. We were lucky enough to get to know Chris during the 1996 Lollapalooza tour with SOUNDGARDEN and we were honored to call him a friend and an inspiration. So, of course, we jumped at the chance to be a part of an amazing tribute concert taking place Los Angeles at The Forum on January 16, 2019.

“Hitting the stage that night will be members of the bands that Chris was a part of with SOUNDGARDEN, AUDIOSLAVE and TEMPLE OF THE DOG all in the house. The evening will be hosted by Jimmy Kimmel and also feature performances from the FOO FIGHTERS and Ryan Adams, along with other special guests.

“In keeping with Chris and his family’s vision for a better world, the evening will benefit the Chris and Vicky Cornell Foundation as well as the Epidermolysis Bullosa Medical Research Foundation, a nonprofit dedicated to raising funds and awareness for this painful and debilitating genetic disorder. This was one of the causes that Chris cared deeply about and supported through his commitment to helping others.

“Tickets go on sale through Ticketmaster this Friday, November 16th at 10 a.m. PT. Each ticket purchased online for the show will include a copy of Cornell’s self-titled career retrospective album. Visit ChrisCornell.com for additional details.

“Join us as we pay tribute to a true one-of-a-kind talent.”

Cornell was pronounced dead on May 18, 2017 after being found unresponsive in his Detroit hotel room the previous night. Lorazepam was found in Cornell’s system at the time of his death, a toxicology report revealed. According to Pitchfork, Cornell had Naloxone, Butalbital, Lorazepam, Pseudoephedrine, and barbiturates in his system when he died. Coroner’s investigators ruled Cornell’s death a suicide by hanging.

Foo Fighters frontman Dave Grohl told New Zealand’s The Rock FM that “the hardest part” about Cornell’s death was the loss of a friend. “Chris was such a beautiful guy, man — he was the sweetest person, he was so talented, he had so much to offer — that it was a real shock to hear that he had gone,” he said. 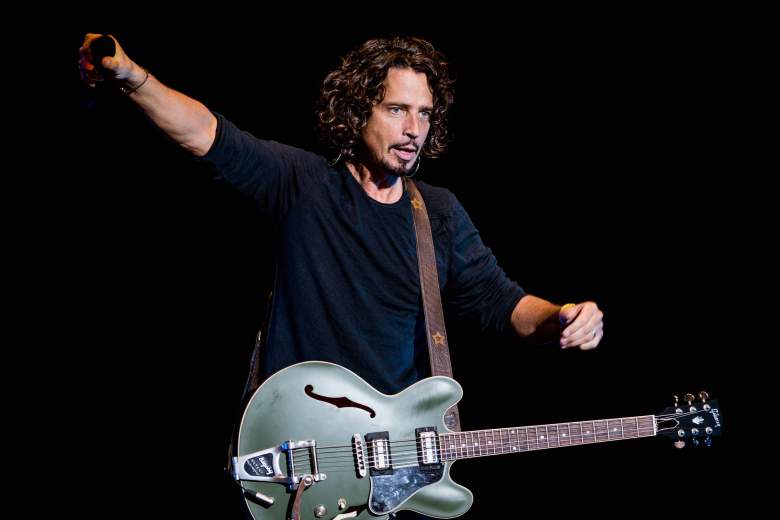 Grohl, who also lost Nirvana bandmate and close friend Kurt Cobain to suicide in 1994, continued: “I think that mental health and depression is something that people should really take seriously. And there’s a stigma attached to it, which is unfortunate, because just as you take care of yourselves in every other way, I think it’s important that people really try to take care of themselves in that way too. And it ain’t easy. You know, life’s hard.”

Tickets for “I Am The Highway: A Tribute To Chris Cornell” go on sale to the general public this Friday, November 16 at 10 a.m. PST.

Read More
Music
Metallica and the Foo Fighters are among the cast of musicians who will honor the memory of the late Chris Cornell with a special tribute performance called "I Am The Highway: A Tribute To Chris Cornell."