Trent Reznor, frontman of the band Nine Inch Nails, is making headlines after stopping his November 27 show in Irving, TX to tell the audience a quick story about Senator Ted Cruz, who Reznor says wanted to be added to the guest list for that evening’s show.

Reznor started by asking the crowd to raise their hands if they voted for Ted Cruz. “Raise your hand, you guys, nothing to be ashamed of, just checking,” he told the crowd after asking to have the lights turned on so he could see.

Reznor then followed his question up with a fun anecdote about his experience with Senator Cruz at a previous NIN concert. He said that Cruz “might be here tonight,” and shared a short story involving Cruz and a lot of beer.

“He was bugging to be put on the guest list and I told him to f–k off,” the 53-year-old musician told the crowd on Tuesday. “We put him on a few years ago, he drank all the beer, and was just a pain in the ass to be around.”

The video was shared on Reddit, and quickly made its rounds on social media. Fans of Reznor’s thought his story was funny, and told those who complained about him making a “political statement” to get over it. 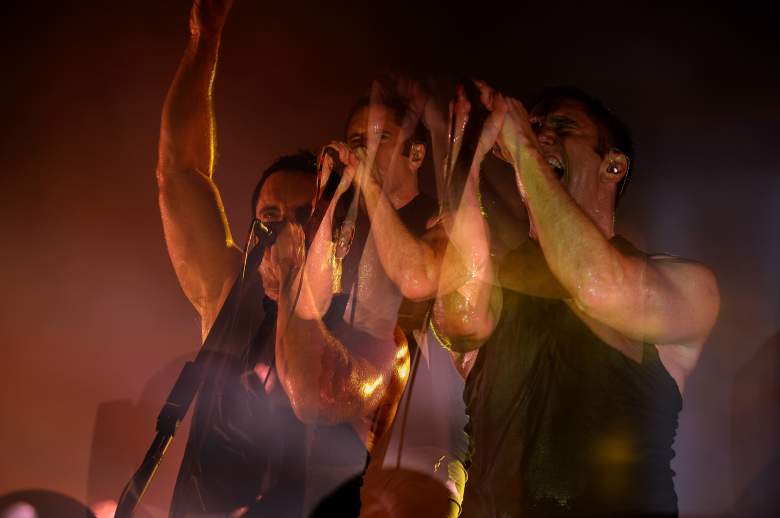 “Simple solution here. If you were uncomfortable and voted for Teddy, don’t raise your hand. No big deal,” one user wrote to the Cruz supporters who complained about Reznor’s comment.

“‘I’m mad because my favorite artist has an opinion I don’t agree with!’ This is what you sound like,” one user wrote to another user on Reddit.

Telling Senator Cruz to “f–k off,” seems pretty mild compared to some of Reznor’s other political views. Reznor has been quite outspoken about his views on politics lately, recently calling President Donald Trump a “complete, f–king moron” in an interview with Village Voice. Check out a clip from the interview below.

Then there’s the Trump administration and the current political tenor of the country. “Clearly I find it…disheartening,” Reznor says. But as a kid from the Rust Belt, he feels a deep connection to that part of the country, and resents the coastal liberal bubble that dismisses the realities of life back in his hometown. “When you’re not in an urban environment, you often feel left out of the conversation, and I get that. I grew up in that.” For that reason, Reznor says, he has taken extra care when talking to his kids about Trump. ‘Donald Trump is a bad guy, isn’t he?’ Reznor recalls his six-year-old asking recently, after busting Dad indulging in what Reznor admits is a full-blown cable news addiction. Reznor responded carefully. ‘Look, I don’t think he’s a good guy. Some people do,’ he told his son. ‘I don’t think he believes in science and I don’t think he believes people should be treated decently and I don’t think he tells the truth. That’s why I don’t like him.’

In more adult company, however, Reznor doesn’t mince words. “It’s tough, because the president of the United States is a complete fucking moron,” he seethes. “That’s what gets me the most — that he’s this vulgar, grotesque dope, everything I hate in people.”

In an interview with the New York Times, Reznor also called out the “Taylor Swift’s of the world,” who stay silent “because they are concerned about their brand, their demographic and their success and career and whatnot.”

“I was doing press with somebody in the mid-90s, and they made an argument that stayed with me: that I have influence, and that it’s my job to call out whatever needs to be called out, because there are people who feel the same way but need someone to articulate it,” Reznor responded. “And I think about that today, because it seemed like it was a lot easier to just keep your mouth shut and let it go back then.”