He claims didn’t diddle the donkey, named Doodle, only because the 21-month-old animal is “blooming into maturity,” but intercourse would come soon enough. I “would’ve eventually had sex with her,” he said.

“[Humans] stab you in the back, give you diseases, lie to you” and are “promiscuous.” … “[Animals] are usually there for you” and “do not seek other pleasures.” Their feelings, he said, are “100 percent honest.” 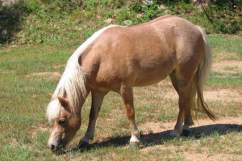 He generally prefers horses and told a reporter he’s hot for their “feminine shape, behavior and raw power.”

Romero was literally caught with his pants down by the man who rents the farm where Romero lives and works. The witness, Gerald Joseph James, says Romero was behind the beast and having sex with it.

Romero calls James a peeping Tom and says “he’s the criminal in the matter” for violating the animal lover’s privacy.

Romero is in protective custody but is demanding his donkey back. 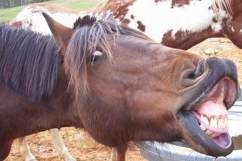