The Arizona Powerball winner who bought one of two winning tickets for the $587.5 million jackpot has been revealed as Matthew Good, 37, of posh Fountain Hills. Here’s what you should know about him.


Good opted for the lump-sum payout option, which will pay him $192 million all at once rather than in an annuity.


And his wife automatically owns half his winnings, as per Arizona law.

3. He Tried to Remain Anonymous


Good’s identity has been kept secret but was finally revealed after an AP public records request. Lottery officials released only the most basic info, saying he’s a man in his 30s from Fountain Hills.

4. He Works in Consumer Electronics


According to his LinkedIn page, Good is CI training manager for D&M Holdings, a subsidiary of Denon.


According to lottery officials, Good says he has no plans to quit working despite his sizable new nest egg. 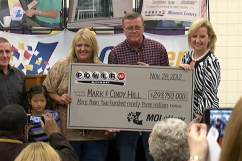 6. He’s from an Affluent Town


Matthew resides in Fountain Hills, Arizona. It’s no Beverly Hills, but with a median household income of $93,000, it’s not too shabby. The town also sports the world’s fourth-largest water fountain (pictured). Matthew might need the money, but Fountain Hills demographic data suggests that he probably isn’t destitute. He reportedly paid $289,900 for his 2,500-square-foot home in 2011.

A lottery official reportedly said that Good plans to use much of the money for good causes and plans to set up a charitable organization.

8. He Forgot to Check the Ticket


Good bought $10 in lottery tickets for the November 28 drawing. But he stuck them in the sun visor of his car and forgot to check them until a day after the drawing.


Good and his wife released this statement:

It is difficult to express just how thankful we are for this wonderful gift. We are extremely grateful and feel fortunate to now have an increased ability to support our charities and causes. Obviously, this has been incredibly overwhelming and we have always cherished our privacy.

10. He Fears the Fiscal Cliff

The Fiscal Cliff: Top 10 Facts You Need to Know

Good took the lump sum payment now because he wanted to avoid higher taxes in 2013. 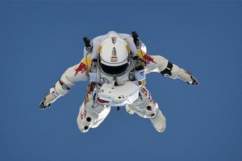 The Fiscal Cliff: Top 10 Facts You Need to Know Vol. 2

Loading more stories
wpDiscuz
4
0
Would love your thoughts, please comment.x
()
x
| Reply
The Arizona Powerball winner who shares the $587.5 million jackpot is Matthew Good of posh Fountain Hills. Here's what you should know about him.