A Catholic hospital in Colorado is defending itself in a malpractice case that left a mother and two unborn children dead by saying that fetuses are not people and should not be held responsible for their deaths.

Jeremy Stodghill is suing St. Thomas More Hospital in Cañon City after his seven-months-pregnant wife, Lori, died in 2006 of blockage of the main artery of the lung when her obstetrician, Pelham Staples, failed to make it to the hospital even though he was supposed to be on call. In addition, none of the medial personnel at the hospital made an effort to save Stodghill’s twin sons by cesarian section.

The church argues that it should not be held responsible for the deaths of the unborn children because fetuses are not people. 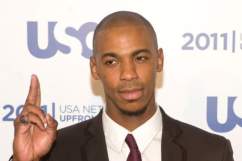 The irony is painfully obvious. The Catholic church is known for adamantly holding up its belief that human life begins at conception.

From the moment of conception human beings are endowed with dignity and with fundamental rights, the most foundational of which is life. No Catholic institution may legitimately work to undermine fundamental human dignity.

A state district court and an appeals court agreed with the hospital when the case was filed in 2007, but it is now on appeal to the Colorado Supreme Court.

Loading more stories
wpDiscuz
0
0
Would love your thoughts, please comment.x
()
x
| Reply
This is the definition of irony.