A woman who reportedly threw herself in front of a subway this morning in Brooklyn survived her injuries and is being treated at a local hospital.

She was struck by a Brooklyn-bound L train around 7:45 a.m. at the Bedford stop in Williamsburg.

She was removed from underneath the train by emergency workers and rushed to Elmhurst Hospital with non life-threatening injuries, said the FDNY.

Heavy.com was at the scene shortly after the woman was removed and captured these exclusive photos as cops and MTA employees examined the scene, where blue gloves and a bloody puddle could be seen on the platform.

Trains were delayed as Brooklyn-bound traffic was consolidated onto the Manhattan-bound track.

It’s the latest in a rash of pedestrian-hit-by-subway incidents in the city, but this one is perhaps the least shocking of the bunch — after two alleged murders (one labeled a hate crime) and a bizarre death-while-defecating: 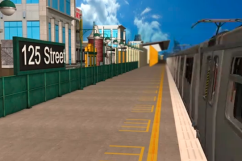 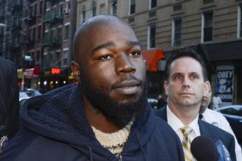 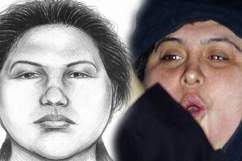 Read More
Breaking News, New York, Subway
Follow Heavy ↓
The latest in a rash of similar incidents — this one at the Bedford L Train stop — is perhaps the least bizarre of the bunch.