This chilling story of survival is just too heartwarming to pass up.

U.K. doctors reportedly kept a newborn baby frozen for four days so that they could treat the baby’s unhealthy heart condition.

Metro UK reported the story of baby Edward, whose heart was racing at a dangerous rate of 300 beats per minute. The doctors looked to slow down Edward’s heart rate by sedating him and encasing him in a blanket packed with cooling gel.

Edward remained frozen for a total of four whole days. Doctors spoke to Edward’s parents and gave them devastating news beforehand: He only had a 5 percent survival rate. Baby Edward was born with supraventricular tachycardia and was forced to be born at just 35 weeks at the University College London Hospital.

Edward remained in a cold, “dead” state until the fourth day of his medical procedure. The newborn baby’s mother, Claire Ives, 29, was distraught over her newborn son’s condition:

It was horrible to see him lying there, freezing in nothing but a nappy. It looked like he was dead. All I wanted to do was scoop him up and give him a warm cuddle. I just had to keep reminding myself that it was saving his life.

On the fourth day of Edward’s frozen state, February 12, he was eventually warmed back up to 98.6 degrees Fahrenheit. Mrs. Ives and her husband Phillip were ecstatic at the procedure’s success:

When I got him home, it felt like a dream come true. 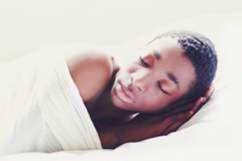 In another recent story, a baby survived freezing conditions. Last month, a dock master in Somerset, England, rescued a 6-month-old baby after its baby carriage was blown into a cold river. The baby was eventually revived and is in good condition today.

Video footage of this story can be viewed above.