UPDATE: Person taken into custody at mall in #SanDiego was NOT Chris #Dorner: SDPD. bit.ly/WW0YcF 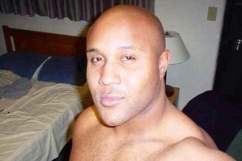 Cops Really Have No Idea Where Christopher Dorner Is

The mall is Westfield Horton Plaza in downtown San Diego.

This another in the list of misinformed sightings of Dorner that have occured since the former Navy Lieutenant and LAPD Officer began his terrifying rampage. LAPD mistakenly thought two women delivering the LA Times resembled Dorner, and opened fire. A brief stand-off ensued at a San Diego motel yesterday when a man who vaguely looked like Dorner was spotted there. Nevada Highway Patrol were also on standby yesterday for fears that Dorner would make his way east.