Despite having signed non-disclosure agreements, some members of the storied SEAL team that was responsible for killing Osama bin Laden have found it difficult to keep quiet.

A third member has come forward, telling CNN’s Peter Bergen that the actual heroism of the 2011 raid in Pakistan that resulted in bin Laden’s death has been exagerated by previous claims. This new source stated that Osama was “finished off on the floor, a lucky shot, as opposed to man to man.” The source claims that the assertion that Osama was standing up and reaching for a weapon is “complete B-S.”

This new account is similar to the one given in best-selling book No Easy Day, by former SEAL Team 6 member Matt Bissonnette, written under the pseudonym Mark Owen.

The new account’s primary discrepancies are with the raid’s events as told by an Esquire magazine informant known as The Shooter, written up in a widely circulated story titled The Man Who Shot bin Laden. Regardless, it doesn’t diminish the intensity of such an operation, but it does beg the question — why is there more than one version of events coming from such a reputable group? 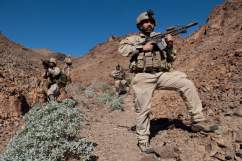 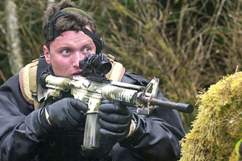 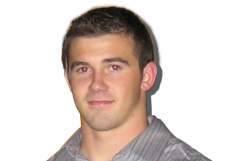 Loading more stories
wpDiscuz
0
0
Would love your thoughts, please comment.x
()
x
| Reply
A third and contradictory account has emerged concerning the details of the historic operation that killed the world's most infamous man.