So that’s the image that greats you if you attempt to scope out the Temeperance Street area near Fairfield in Manchester, England. And this is the reason it’s no longer available:

The controversial pic was first reported by the Manchester Evening News and what was originally showed was a woman performing a sex act on a side street in a known red-light area of Manchester. Classy.

Ever Been Caught in a Compromising Position by Google Street View? Then Share it! 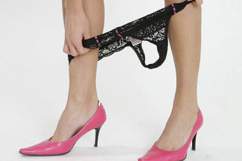