Share this if you want to keep sickos out out of schools.

Jonathan Ogungbenle, 57, admitted doing the deed when his odd behavior was questioned by the West College Prep management. The Denver Channel says:

…students said they noticed Ogungbenle’s right hand on the desk, while his left hand was underneath the desk moving “up and down,” according to Aurora Police. The students also reported hearing a “popping sound” and seeing the keys around his neck move up and down.

The entire incident lasted around seven minutes before Ogungbenle was stopped.

Ogungbenle was charged with indecent exposure and is held on a $1,750 bond. 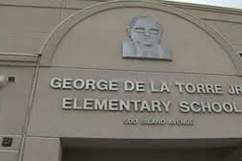