Another tragic case of bullying has been documented, as a 12-year-old boy passed away after being severely beaten during recess at his school. Here’s the five most important facts you need to know about Bailey O’Neill and the outpouring of emotions towards his death.

1. Bailey Was Put Into A Coma Due To The Beating


Bailey O’Neill, who hails from Philadelphia, was constantly bullied at Darby Township School. Back in January, Bailey was assaulted during recess by two boys. Due to the beating, he suffered from a broken nose and was also diagnosed with a concussion. The following day after being taken to the hospital, he began having seizures, which forced the doctors to put Bailey into a medically-induced coma. The boy’s condition worsened as he caught pneumonia, which forced him to undergo blood transfusion surgery. Bailey passed away last Sunday in a Wilmington, Delaware hospital due to his severe condition.

2. An Investigation Is Currently Underway

The boys that were responsible for beating up Bailey were only suspended for two days. Police have yet to determine if the boys will face criminal charges. Delaware County District Attorney Jack Whelan spoke to NBC Philadelphia and stated that investigators are still determining if the injuries Bailey received in the fight caused his seizures. Investigators are also interviewing students and recess aides who were on the playground during the fight. Joy Fecanin, the boy’s grandmother, told NBC Philadelphia that the boys should be punished for their crimes against Bailey:

I would like to see these kids punished. Something has to be done. I don’t know what’s taking them so long.

3. He Just Turned 12-Years-Old
Bailey recently turned 12-years-old last Saturday. Sadly, he was unable to celebrate it due to his injuries. Bailey passed away the following day.


26-year-old Baltimore Ravens star running back Ray Rice took to Facebook to display his outrage over this latest bullying death:

I don’t think I will ever be able to understand why kids bully each other and how we are all sitting here after yet another “bully death” getting ready to go through this difficult task of picking up the pieces and the even more difficult task of forgiving so we can heal. I don’t know if we will ever get to a point where bullying is actually considered a CRIME, rather than “kids being kids” or a “playground incident.” I don’t know if the kid that did this to Bailey will be punished severely enough or if he will receive the help I know he truly needs. Bullying doesn’t happen for no reason… we have to figure out what the underlying cause it and treat it like the illness it is. Bailey – my little buddy, I will not let you become just another bully statistic…you are my inspiration and one more angel that will help me continue the fight for kids everywhere. You are going to help me save lives. RIP my little friend.

5. A Facebook Page Has Been Created in Bailey’s Honor


A relative of Bailey set up a Facebook tribute page in honor of Bailey. The latest message to be displayed on the page speaks on the family as they look for a funeral plot for Bailey:

As I sit in the backseat of baileys pop pops car as we get to the cemetery and pick out a plot and now head to the funeral home to discuss the process of the funeral I want to ask for everyone’s help to pray and support baileys family! As much as I hate to ask I would like everyone to share the donation link so we can help ease the financial part of this all. Thank you all again for your prayers and support.

This message was posted on Saturday after Bailey passed away:

I would like to thank everyone who has prayed and supported Bailey and his family!!Bailey has been the strongest toughest boy I know. He has fought this battle long and hard. There just wasn’t a way to fix this. I wish I could say he will get better but I can’t. Bailey has gone to be with God today. 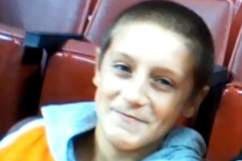 What Does Bailey O’Neill’s Death Mean?