A 911 call was released on Monday revealing more details on what happened to Hope Solo and her then-fiance Jerramy Stevens last November that put the former NFL star in jail. KOMO News first leaked the 911 audio tape that had Hope’s brother Marcus calling for the police to come and handle the situation at Hope’s home in Washington. 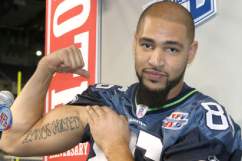 During the altercation, Marcus called 911 four times until the call was answered, with him explaining vaguely what was happening in the house. It sounded like Marcus was intoxicated when the call was made, telling the dispatcher there was some alcohol involved.

Marcus told the dispatcher to send a medical team for assistance and police have also responded quickly to the house. “There was a little fight inside the house, and she got thrown to the ground, and she might have dislocated her hip,” Marcus Solo told dispatcher referring to a party guest, not his sister.

Marcus Solo later added that there was a fight going on leaving an innocent bystander hurt. When the dispatcher asked if any weapons were used, Marcus simply answered, “A stun gun, actually.”

Marcus wasn’t particularly clear on the details of how many people were present during the incident, saying that there were “about a half-dozen, not more.”

When the dispatcher asked who were involved in the altercation, Marcus refused to give any names saying, “We won’t go there. Please get here.”

The two-and-a-half minute phone call ended after Marcus told the dispatcher he didn’t know what the fight was about and simply hung up.

After the police arrived, Hope Solo was found injured and Stevens was found lying on a bed with his shirt stained with blood.  The 32-year-old former Seattle Seahawks player was later arrested but was soon dropped of all charges after lack of evidence. The couple married hours after the court hearing. 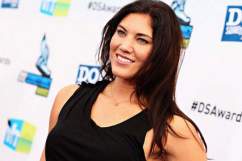