The Des Moines Register newspaper of Iowa is receiving a firestorm of negative response after publishing an online interactive map that shows which Iowa schools are well protected and which ones lack security. A Fox News video report on the issue can be seen above.

The map came courtesy of a survey conducted by the newspaper, which noted that:

At least 54 Iowa public school districts have a police officer or private security guard stationed at one or more of their schools during some part of the school day. Of Iowa’s 25 largest school districts, three do not use school resource officers.

In response, Superintendent Katie Mulholland of Linn-Mar’s school system, which is one of the districts without resource officers, offered this statement:

This was a deliberate decision. However, the Marion Police Department makes rounds in our school buildings on a regular but varied schedule, about every five days where they walk the building and their squad cars are visible in the school parking lots.

The map was online for hours on March 27 before being taken down by the newspaper’s editors. It displayed more than 100 public schools in the Iowa state area. Several complaints from concerned readers came in and explained that the the map could aid potential criminals who would look to target the schools with less security.

An editor for the newspaper is reported to be planning edits for the map, which will soon be back online.

News Max got a statement from the Register’s editor:

All of us in the media have to be incredibly thoughtful and even more vigilant about balancing the need to report with how folks can perceive our work in the light of what happened at Sandy Hook. I’ll tell you, nothing is more important to me than protecting the students, school teachers and administrators and safeguarding a community against any kind of violence.

Simon Conway of News Talk Radio Des Moines took the time to air his displeasure towards the online map. That commentary bit can be listened to above.

The newspaper’s Facebook page shows a few of the angry comments sent in regarding the map. 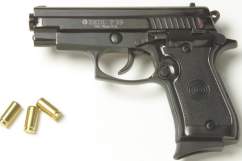 School Shooting Drills Now Include Firing Blanks in the Hallway

Loading more stories
wpDiscuz
0
0
Would love your thoughts, please comment.x
()
x
| Reply
An Iowa newspaper is getting flak for publishing a map of schools that lack security in the state.