Fred Luter, the President of the US Southern Baptist Convention, told radio talk show host Rick Wiles that proponents of gay marriage and ‘gay scouts’ are the reason that North Korea hates the USA.

Photos circulated yesterday of North Korean leader Kim-Jong Un in his “war room,” behind what appeared to a map of targets, primarily the US. The reason for this, according to Luter, is the US Supreme Court’s hearings on this week on gay marriage. 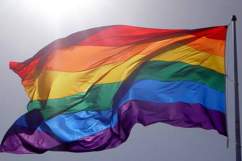 Loading more stories
wpDiscuz
0
0
Would love your thoughts, please comment.x
()
x
| Reply
Luter thinks that the US is moving 'farther and farther away from God's world.'