A 14-year-old eighth-grader committed suicide in his school bathroom by shooting himself in the head with a .40-caliber handgun.

ABC-affiliate WXYZ reported that the unidentified male student’s body was found by another student around 8:15 a.m. Thursday morning. Southgate Community Schools superintendent Bill Grusecki made the announcement regarding this breaking news.

This shooting took place moments before classes were set to begin at Davidson Middle School. As a safety precaution, the school was locked down temporarily before parents were told to pick up their children around 9:15 a.m. Friday classes have been canceled. Classes will instead resume on Monday.

After being brought to Oakwood Southshore Medical Center, the boy was presumed dead.

WXYZ reported on the information they received from a news conference about the boy’s suicide note:

During a news conference, police said an apparent suicide note was found with the boy. School and police representatives said they had not found anything to indicate that this was a result of bullying, but say the investigation is ongoing. Authorities also say the boy did mention another student in his note, but it did not suggest bullying. 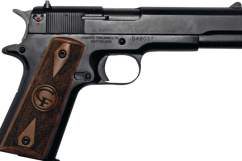 Public Safety Director Thomas Coombs spoke with CBS about the boy’s status in his school:

From what I understand he was a very good student; somewhat popular. Talking with the staff at the building, he had never gone to anybody with any issues or problems or anything like that. The only person that can answer what happened is … unfortunately he can’t answer that.

Reports also note that the boy’s parent were in the midst of a divorce. Police are still trying to determine who owned the gun originally and how the student got his hands on it.

CBS also made sure to bring up one interesting detail about the school the boy committed suicide in – there are no metal detectors there.