According to a report by Aviation Week, in their 2014 budget request, NASA will request an extra $100 million in order to fly a robot space ship close to an asteroid to retrieve it for closer inspection.

1. President Obama is Behind the Plan

The Aviation Week report says that the White House is in favor of the plan. President Obama has already been quoted as giving NASA a goal of 2025 to put astronauts on an asteroid. Something that is unlikely to happen unless NASA’s budget is increased for exploratory projects like this.

Had Mitt Romney won the US Presidential Election, the Republican candidate was likely to “reassess” NASA’s goals.

The plan is the brainchild of the Keck Institute for Space Studies at the California Institute of Technology in Pasadena. Their initial plan involves bringing an asteroid close enough to the moon’s orbit to allow study by scientists.

Moving an asteroid is a huge idea – never has a celestial object been moved by humans. It is a huge idea, but not an impossible one. A recent study at JPL has already shown possible feasibility to move a small asteroid, with a mass of ~10,000 kg, deep into the Earth’s gravity well – even to the orbit of the International Space Station.

The $100 million that NASA wants to begin this operation is a small fraction of the total $2.6 billion the project will cost.

4. In Reality, This is all About the Red Planet

The Office of Communications at NASA Headquarters in Washington view operations like a manned asteroid mission as part of the journey to Mars.

NASA and the agency’s Jet Propulsion Laboratory are giving the study further review to determine its feasibility.

5. NASA are Waiting for the Federal Budget to be Announced

NASA will find out on April 10th if their $100 million request has been accepted. There currently is a petition to pressurize the government is allocating more than 1% to NASA.

Scientists will reportedly seek to retrieve a “dried mudball” as opposed to a dangerous velocity asteroid. According to this report:

Such an asteroid would be a C-type or carbonaceous asteroid, and would have the consistency of “a dried mudball.” The asteroid would be hauled back via a robotic probe and positioned in an orbit above the far side of the Moon at the second Earth-Moon Lagrange Point, where the vagaries of gravity and inertia would keep the asteroid in a roughly consistent location. Once positioned there, the asteroid would—at least in theory—be within the range of a manned visit.

7. We’re Still Quite a bit Away From Setting Foot on Mars

The reported aim for NASA is to have a man on Mars sometime during the 2030 decade.

8. NASA are Already Involved in Another Kind of Space Race

There are currently two known private companies who plan to send manned operations to asteroids.

9. There is Also a Defense Element to the Mission

NASA will also be researching ways in which a potentially earth threatening asteroid could be diverted.

10. The Recent Spate of Meteor Incidents Have Given Scientists Some Ideas

Scientists are targeting and tracking asteroids which are about the same size as the meteor that exploded over Chelyabinsk, Russia in February. 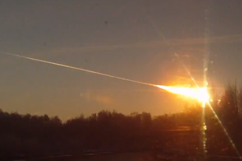 Russian Meteor Had the Power of 30 Hiroshima Bombs