According to a Department of Justice press release, Matthew Keys, a 26-year-old prominent social media editor at Reuters, has been indicted for allegedly conspiring with the hacker group Anonymous by providing credentials to a Tribune Company server that led to the defacement of a Los Angeles Times news feature in 2011.

A screenshot of the defacement of the article was posted to Reddit when it happened. The Reddit user wrote “Looks like anonymous has gotten into the L.A. Times web site.”

The Anonymous hacker changed the article to the following:

House Democratic leader Steny Hoyer sees ‘very good things’ in the deal cut which will see uber skid Chippy 1337 take his rightful place, as head of the Senate, reluctant House Democrats told to SUCK IT UP.

Check out the full press release:

A former web producer for a Tribune Company-owned television station in Sacramento, Calif., was charged today in an indictment for allegedly conspiring with members of the hacker group “Anonymous” to hack into and alter a Tribune Company website, the Justice Department announced.

Keys was employed by Sacramento-based television station KTXL FOX 40, as its web producer, but was terminated in late October 2010.

The indictment further alleges that Keys had a conversation with the hacker who claimed credit for the defacement of the Los Angeles Times website. The hacker allegedly told Keys that Tribune Company system administrators had thwarted his efforts and locked him out. Keys allegedly attempted to regain access for that hacker, and when he learned that the hacker had made changes to a Los Angeles Times page, Keys responded, “nice.”

The charges contained in the indictment are merely accusations, and the defendant is presumed innocent unless and until proven guilty.

This case was investigated by the Sacramento and Los Angeles Field Offices of the FBI. The case is being prosecuted by the Criminal Division’s Computer Crime and Intellectual Property Section and the U.S. Attorney’s Office for the Eastern District of California.

The following is the full indictment: 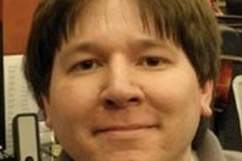 Loading more stories
wpDiscuz
0
0
Would love your thoughts, please comment.x
()
x
| Reply
The social media editor has been indicted for conspiring with the hacker group Anonymous by providing credentials to the Tribune Company server.