Roman Abramovich has been in the news a great deal lately. The Russian steel tycoon was rumored to have been arrested after the recent death of his former rival Boris Berezovsky, but those rumors were unsubstantiated. Regardless, he’s a pretty interesting guy, so read on for everything you need to know about one of the richest people in the world. 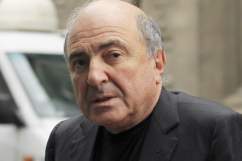 1. The Rumors of His Arrest are Unsubstantiated

The rumors of Abramovich’s arrest, stemming from the Russian financial daily RBK, have been denied by most parties, including his spokesman and Chelsea Football Club, which he owns. The FBI, which reportedly detained Abramovich, has declined to comment. “It’s not true. He is in the U.S. but he has not been arrested or detained,” his agent John Mann said in a statement.

2. He Was in Court With Boris Berezovsky

Abramovich had a court battle with fellow tycoon Boris Berezovsky, who was recently found dead in his apartment. Berezovsky alleged that Abramovich had bullied him into selling his company for less than it was worth, but the court rejected his multi-billion-pound damages claim. Berezovsky’s death is still unexplained as of this writing, and his friends have ruled out suicide as a possible explanation.

3. He Owns Chelsea FC, Among Other Things

Abramovich owns the Chelsea Football Club, and he’s known as a rather hardened hirer and firer. He started his own oil business while in school, and when he sold that he was able to become a major shareholder in the Russian steel firm Evraz. He’s been able to amass quite a fortune as a result, enough to invest around $1.5 billion into Chelsea FC.

4. He Docked His Boat in New York for the Birth of His Seventh Child

The reason Abramovich is in the United States at all is that he docked his $1.5 billion yacht, called Eclipse, in New York so that his partner Dasha Zhukova could give birth to his seventh child. It’s possible that these circumstances formed the basis for the rumors about his detainment and/or arrest.

5. He’s the 50th Richest Person in the World

His fortune is estimated at $14.6 billion, making him the fifth-richest person in Russia and the 50th richest person in the world, according to the 2012 Forbes List. That kind of money can get you just about anything, including a pardon from the FBI or an acquittal in court, so the circumstances surrounding these events are naturally a little shady. As of yet, we have no substantiated reason to believe that he was detained or had anything to do with the Berezovsky’s death.

Read More
Boris Berezovsky, Roman Abramovich, Russia
The Chelsea owner has not been arrested by the FBI.