Bureaucratic formalities are the basis of transgender woman Calliope Wong’s rejection from Smith College, her first-choice school. Smith College, an all-women’s school, does admit transgender students — as long as are legally identified as female at the time of admission.

Wong’s home state of Connecticut requires gender affirmation surgery in order to recognize someone’s trans status, so her financial aid form identifies her as male. However, the surgery is costly, which makes the policy elitist, favoring those with the necessary resources. And it’s unrealistic to expect a 17- or 18-year-old to commit to the procedure, since it’s not a decision anyone takes lightly.

The summer before Wong’s senior year of high school, she contacted Dean Shaver of Smith, who implied that Wong would qualify for consideration as long as her high school teachers recognized her as female. But this did not prove to be the case. This latest rejection is actually Wong’s second from Smith, after her transcript misidentified her as a male. After clearing up the clerical error, Wong expected everything to be fine.

It’s not only that Wong was rejected by Smith — she was never given a chance. Admissions would not look at her application seriously, based only on the fact that her FAFSA, the federal financial aid form, identified her as male. Calliope Wong expresses her disappointment and hurt on her blog:

This is obvious discrimination on Smith’s part.

Wong’s situation reflects the tension between the past and present generations of Smithies. Although Smith College was once a place for privileged, white, straight women to find husbands, the school now finds itself in the town with the most lesbian couples in the nation and with a student body that is welcoming to all gender identities and sexual orientations. 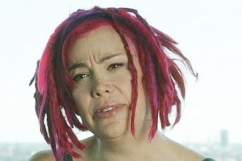 The administration’s values remain outdated. In 2011, the director of admissions would not let Jake, a trans man and Smith student, host an admitted student overnight as a part of the Smith College Open Campus program. Jake believes that he was banned from hosting a student not because it would be inappropriate, as the administration claimed, but because his presence does not align with the “pearls and sweater set” image Smith is trying to hold on to.

It will be clear that Smith College’s administration is on the wrong side of history with decisions like these and they should not stand in the doorway or block up the halls because they can’t fight the change.

Loading more stories
wpDiscuz
0
0
Would love your thoughts, please comment.x
()
x
| Reply
In an obvious case of discrimination, Calliope Wong is not given the chance to apply to the women's college.