If you’re a guy, you won’t be shocked. A new study by researchers at the University of California, San Francisco reports that the most common cause of penile injuries in men is caused by trouser zippers.

The study, published in the Journal of the British Association of Urological Surgeons this week, says that over 900 men over the age of 18 are sent to emergency rooms as a result of getting their penises caught in zippers each year. Yikes. The researchers collected emergency room data from 100 hospitals and found that between 2002 and 2010, out of 2,695 cases of penile injury, 523 were caused by zippers. Based on the data, the researchers estimate that there were 17,616 zipper-related penile injuries in the U.S. total in the same time span.

The researches concluded that although zippers are the leading cause of penile injuries for men, the same is not true for boys. While boys still suffer from the zipper attack, boys are more likely to damage their private parts by falling toilet seats.

Fortunately for men all over the world, the study also found that 98 percent of all zipper-related penile injuries are easily treated and don’t end up in the hospital. 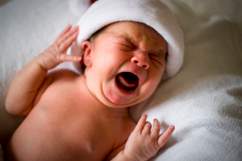 Read More
Medicine, Penis
wpDiscuz
0
0
Would love your thoughts, please comment.x
()
x
| Reply
If you're a guy, you won't be shocked.