Brandon Holt, the 6-year-old boy who was shot in the head by his 4-year-old neighbor in Toms River, New Jersey, died from his wounds Tuesday night, reports CBS News.

Ocean County prosecutor’s office spokesman Al Della Fave confirmed that the boy had died but could not provide further details. Holt was pronounced dead at 5 p.m. The 4-year-old was not injured in the incident.

The younger boy got the .22-caliber rifle from his home on Monday and accidentally shot Holt in the head. Prosecutor Joseph Coronato said that it is still too early in the investigation to determine if anyone would be charged.

I’m sad for the children involved and their families, but I’m angry with whoever owns that gun and allowed a little child to get hold of it. A 4-year-old can’t load a gun. I had just been telling my sister how nice it is to see kids playing together and enjoying themselves, and then this happens. 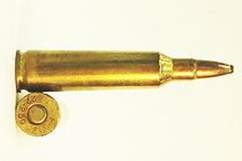 4-Year-Old Shoots 6-Year-Old in the Head

Read More
Breaking News, New Jersey, Shooting
The 6-year-old boy that was shot by his 4-year-old neighbor died of his wounds Tuesday night.