Nine high school students were transported to a Miami, Florida, hospital after they all ate drug-filled brownies and immediately fell ill. Here’s what you should know.

View Larger Map
Local10.com reported that nine students from the Miami Coral Park Senior High School (located at 8865 SW 16th Street in Miami, Florida) ate drug-filled brownies. A street view of the school can be seen above. The incident is said to have taken place around 11 a.m. on April 11. According to the Miami-Dade School Board, all nine students were transported to the Kendall Regional Medical Center and Miami Children’s Hospital. The parents of the children were notified. CBS provided some more info on the story via one of the students’ aunts:

A very emotional aunt of a child outside the school told CBS4’s Peter D’Oench that she had heard that the students ingested something from either a pastry or a brownie, and that is what was making them feel ill.

According to the school district, one of the sickened students names 10 other students who partook in sharing the laced brownies off campus before school began. 22-year-old Dionisio Lockridge (who’s not a student of the high school), was arrested in connection with this incident. Police officials noted that large amounts of marijuana were discovered inside his home, along with cocaine. Local10.com stated that:

2. The Type of Drugs in the Brownies is Unknown
At this time, it’s unknown what type of drugs were inside the brownies that the students consumed. Miami-Dade Fire Rescue Chief Danny Cardeso told Local10.com that:

The school is still investigating to try and determine what was the nature of that illness.

3. The Students Will Survive
Local10.com reported that the students were brought to Kendall Regional Medical Center and Miami Children’s Hospital to be treated. Miami-Dade Fire Rescue Chief Danny Cardeso stated that the students’ injuries don’t appear to be life threatening.

The students were transported as a precautionary measure. Miami-Dade Schools Police are investigating the matter to identify the substance the students ingested as well as the source of the substance.

5. The Investigation is Ongoing

An investigation into this drug-related incident is still ongoing. A CBS news report can be seen above. 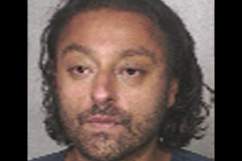 Loading more stories
wpDiscuz
0
0
Would love your thoughts, please comment.x
()
x
| Reply
There had to be something else in those brownies...