UPDATE 5:12 p.m.: Statement from the Defense Intelligence Agency says no suspicious package has been found:

DIA has no further comment on this ongoing investigation. Questions pertaining to testing should be directed to FBI public affairs,

The Washington Post reported that another potential ricin letter attack has been thwarted by federal authorities, this one at a military base.

Senate Majority Leader Harry Reid (D-Nev.) said an investigation is now under way at Joint Base Anacostia-Bolling in Southeast Washington.

The man originally suspected to be behind last week’s first batch of ricin letters, Paul Kevin Curtis, was released from jail today. Paul’s lawyer, Christi McCoy, believes that her client was framed by an angry co-worker. 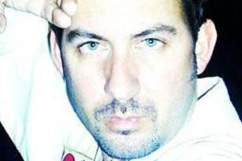 Read More
Breaking News, Paul Kevin Curtis, Ricin
wpDiscuz
0
0
Would love your thoughts, please comment.x
()
x
| Reply
Another letter laced with Ricin may have been found at a D.C. military base.