The parents of the men accused of perpetrating the Boston Marathon bombing remain incredulous that their boys are behind these evil deeds.

After father Anzor Tsarnaev warned America that “all hell would break loose” if cops kill his second son, the boys’ mom, Zubeidat Tsarnaeva, has conducted interviews declaring that her sons, Tamerlan and Dzhokhar Tsarnaev, are the victims of a setup.

I am 100 percent sure that this is a setup. I know that my two sons are really innocent.

But more troubling than her blind love for the boys is her revelation that the FBI, for years, was tracking the activity of the older son, believing him to be a dangerous “leader:

He was controlled by the FBI, like for three, five years. They knew what my son was doing, they knew what actions, and what sites on [the] Internet he was going [to]. … They used to talk to me … they were telling me that he is a serious leader and they are afraid of him. … They were controlling every step of him, and they are telling us today that this was a terrorist act.

If true, the FBI has some explaining to do about why if failed to prevent a known threat from perpetrating terror.

Hear her interview with RT above.

Then read this, which shows she’s not inventing the FBI’s knowledge of her son: 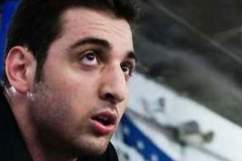 Loading more stories
wpDiscuz
3
0
Would love your thoughts, please comment.x
()
x
| Reply
The mom says the FBI was tracking and controlling her older son for years.