Several public safety organizations are currently looking for any information that will lead to the arrests of those responsible for the Boston Marathon bombings. Itemlive.com made sure to report that three Boston public safety unions (the Boston Police Patrolman’s Association, the Boston Police Detectives Benevolent Society, and the Boston Fire Fighters Local 718) are hoping their reward will push anyone with important details, so they may “bring to justice those terrorists who sought to destroy our city.”

Richard F. Paris, the president of Local 718, said these unions are also planning to form a Boston First Responders Fund that will donate 100 percent of its proceeds to the victims and their families.

In a message that’s being displayed on the Boston Firefighters’ website, Richard Paris makes sure to comment the efforts of Boston’s paramedic response to the bombings:

I want to take this opportunity to thank you for all you have done in the tragedy of the bombing at the Boston Marathon. We worked “together” with the Boston Police, Boston EMS, and other branches of service. I have never been prouder to be a member of the Boston Fire Department.

This historic tragedy has brought out the best in us all, as service men and women and as human beings. We must continue to do so. 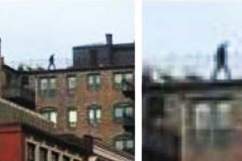