Despite reports yesterday that the Tsarnaev brothers might have been headed to New York City to “party,” it now appears the suspected Boston bombers planned to detonate the rest of their explosives in Times Square. Though NBC News reports these plans were “aspirational at most.”

Boston bombing suspects’ New York plans went off track when the owner of the car they carjacked made an escape.

Fox News reports that FBI agents were in the process of questioning Tsarnaev, and he had begun to talk about a possible attack on New York, when he was read his Miranda rights by magistrate. Since then the suspect has not spoken to investigators.

On Wednesday, it was reported that the carjack victim of the Tsarnaev brothers on the night that Tamerlan, the older brother, was shot and killed by law-enforcement, heard the brothers mention “Manhattan” in conversation.

According to NBC, yesterday, NYPD Commissioner Ray Kelly told reporters that the younger suspect Dzhokhar Tsarnaev, who is currently hospitalized, told police that they were en route to Manhattan to “party” following their attack that killed three people and injured over 180. Police say they believe, based on interviews with the younger brother, that there was no threat to New York as no additional attacks were planned. 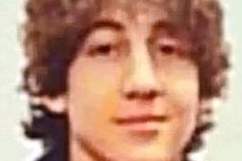