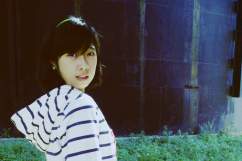 UPDATE 2 – 8:30 p.m. EST: It looks like Zhou Danling wasn’t killed in the explosion, but was injured in it. Metro.us reported yesterday that Danling was in the hospital in a coma. Today, BU reported that an unnamed student was in stable condition in the hospital, but didn’t give any more details. Continue below to read about the confusion regarding the identity of the third victim from the Boston Marathon bombing.

If you have any information regarding the third victim and want to let us know, email ian@heavy.com.

UPDATE: The Chinese Consulate in New York confirms that the third victim is a Chinese national, but not that it is Zhou Danling.

Here’s the entire post, translated from Chinese to English:

Verified and confirmed by the Chinese Consulate in New York, April 15 Boston bombings caused the victims, a Chinese citizen, a Chinese citizen was injured injured in stable condition. The victims’ families asked not to publish the names and information of the deceased. Chinese Consulate in New York will provide all necessary assistance to the victims and the families of the injured to the United States to deal with the matter.

After the Boston Marathon bombings, it was reported that three people were killed in the tragic attacks. We know of two already — Martin Richard and Krystle Campbell — and Huffington Post thought they had the name of the final victim. But now there is confusion over the condition of Zhou Danling. Here’s what we know.

1. The Third Victim was a BU Grad Student
According to Boston University, the third victim from the tragic Boston Marathon bombings.

The student was one of three friends who watched the race near the finish line. Another of the three students, also a BU grad student, was injured and is in stable condition at Boston Medical Center.

3. HuffPo Later Removed the Story
However, later, they removed the story. Here’s what their reason was:

CORRECTION: An earlier Huffington Post report about Boston University graduate student Zhou Danling incorrectly indicated that she was a fatality in the Boston Marathon bombings. The post was redirected to reflect the correct information as quickly as possible. We regret the error.


According to Google Person Finder, a crowdsource-driven tool, Danling was not dead.

5. WSVN Reported the Third Victim is a Chinese National

A recent update on the Google Person Finder says that Danling is in a hospital and in stable condition. However, according to WSVN, the third victim is a Chinese national.