Happy birthday, cell phones. The item that never leaves many of our hands daily and nightly turns 40 today.
The Verge reports:

Since then, cell phones have undergone a visibly startling evolution.
Check out the photos below.


A “portable radio phone”, the precursor to the first real “cell phone.”


The first real cell phone being held by its creator, Martin Cooper.


AKA known as the “Zach Morris phone” a la “Saved by the Bell.


Considered the first smart phone, but retailed as a “digital phone.”


The millennial phone, now with color.


Right before the dawn of the iPhone, the Palm was pushed into extinction by Apple.

Images via CNN. For a further, more detailed description of cell phone evolution, check out their article here. 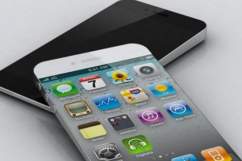 iPhone 5S Will Feature a Fingerprint Sensor and NFC Technology