Bost bomber suspect Dzhokhar Tsarnaev spoke to investigators about his and his deceased brother’s involvement in the Boston Marathon bombing, saying that the two acted alone and learned bomb-making methods through the Internet.

One of the sites that his brother, Tamerlan, visited was the online publication Inspire Magazine, an al-Qeada-linked website, according to CNN.

Here’s what you need to know about the magazine that may blame for the Boston Marathon bombings.

1. In the First Issue, Inspire Gave Instructions to Make a Pressure-Cooker Bomb

Inspire Magazine has been known for promoting the use of everyday items as ingredients to making a bomb. The first issue’s article “How To Make a Bomb in the Kitchen of Your Mom” provided a recipe in making a bomb using a pressure cooker. Other issues addressed how to blow up buildings and instructions on being a jihadist without the support of al-Qaeda. 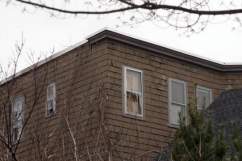 2. It’s Published by the Yemen-Based al-Qaeda

Inspire Magazine was created by the al-Qaeda division in Yemen and Saudi Arabia. The publication has been one of many ways that the terrorist group were able to reach its audience.

3. It’s Known for Blueprints on Bomb-Making

The magazine’s contents have been providing extremists with the tools necessary to make a bomb, according to the ADL blog. The bombs made by Dzhokhar and Tamerlen Tsarnaev matched with the designs of the bombs shown in the magazine. The brother’s online activity suggests that they received instructions on how to make bombs using Inspire Magazine.

4. The Magazine is Accused of Promoting Homegrown Terrorism

The magazine has become a sort of propaganda to promote homegrown terrorism, a term known for radicals acting alone while executing terrorist attacks. Inspire Magazine has played a large role in recruiting Western jihadists to carry on their message for freedom. Sratfor reports that the magazine has been used as a guide to help first-timers learn what to expect at a jihadist training camp and learning the rules new recruits are expected to live by.

The magazine aimed at Western readers provided translated messages from then al-Qaeda leader Osama bin Laden. Some of these messages encouraged terror attacks to be made on U.S. soil, suggesting to fire at restaurants in Washington, D.C., or strike victims with a truck, according to ADL. 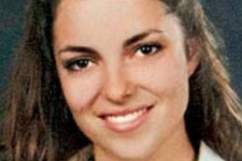 Samir Khan, a former editor of Inspire, wrote on an article titled “I Am Proud to be a Traitor to America,” which was published for the October 2010 issue. Khan was killed on September 30, 2011, after a U.S. drone strike on Yemen where Samir was located. According to <a title=”Two U.S.-Born Terrorists Killed in CIA-Led Drone Strike” Al Qaeda English Magazine Calls for Terror Attacks in the U.S. Samir was a Pakistani American in his 20s from North Carolina who moved to Yemen to join the jihadist forces. Many of his articles promoted attacking U.S. targets, and using homemade explosives to do so. 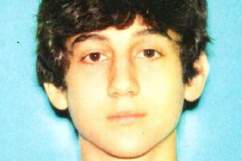 Boston Bomber Says He Did it & Cites U.S. Foreign Wars

7. It is Believed that Anwar al-Awlaki Started the Magazine

The magazine was believed to be the brainchild of Anwar al-Awlaki, a Yemen-based leader of al-Qaeda. For the first issue, he wrote an editorial titled “May Our Souls Be Sacrificed For You,” advocating attacks on those who oppose Islam and the prophet. Anwar was dead along with editor Samir Khan after the U.S. led a drone strike on Yemen in 2011. 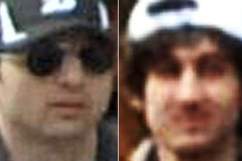 Inspire Magazine started its circulation on June 2010 with 13 articles published in the first issue.

The magazine was discovered online by the SITE Institute, an intelligence group that tracks online activity by terrorist organizations. When the first issue was released, most of the magazine’s pages weren’t loaded properly, according to the Daily Telegraph. 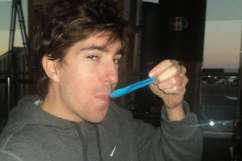 10. Some Subscribers Were Arrested

Arrests were made in the UK against readers who possessed a copy of the publication. Back in 2011, suspect Mohammed Abu Hasnath was arrested for having several issues of the magazine, according to BNO News. The 19-year-old East Londoner was arrested in October of that year and was sentenced to 14 months in jail on May 2012. Recent arrests were made in 2013 when an Australian man was caught with a flash drive containing issues of the magazine.

Loading more stories
wpDiscuz
2
0
Would love your thoughts, please comment.x
()
x
| Reply
An online magazine that teaches wannabe terrorists to "Make a Bomb in the Kitchen of Your Mom" is under renewed scrutiny after the Boston Marathon tragedy.