Carrying on his family’s Canadian political dynasty, Justin Trudeau won the Liberal Party of Canada leadership on April 13, 2013 by a healthy margin.

Here are 10 facts you need to know about Justin Trudeau, the new Liberal Party of Canada leader.

1. He’s the 14th Leader of the Liberal Party of Canada

Trudeau was overwhelmingly voted in as leader of the Liberal Party of Canada on April 14, 2013. He received 80.1% of the votes cast, of over 104,000 party members voting. He’s the 14th person to hold the position since confederation in 1867.

“Canada is an unfinished project”, he told Quebecers in French during his acceptance speech to the party, “let us as Quebecers work together to build it again.”

2. His Father Was Prime Minister of Canada

Justin Trudeau’s father, Pierre Elliot Trudeau, was the 15th Prime Minister of Canada. He’s well-known for his work loosening Canada’s laws on homosexuality and divorce, famously saying, “The state has no place in the bedrooms of the nation.” He also worked to repatriate Canada’s constitution and create the Canadian Charter of Rights and Freedoms.

3. He Was Born in Ottawa, Ontario

Justin Pierre James Trudeau was born December 25, 1971, the eldest son of former Prime Minister Pierre Trudeau and his wife, Margaret in Ottawa, Ontario. Justin’s mother was the youngest first lady in the world at the age of 22 when she married Pierre.

4. He is Currently MP of Papineau

Trudeau has represented the riding of Papineau, Quebec in the Canadian Parliament since 2008. Trudeau’s Montreal riding is the smallest federal riding in Canada.

5. He Is Married to Sophie Grégoire

6. He Has Two Children 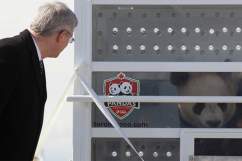 Before throwing his hat into the political ring, Trudeau was a social studies and French teacher at West Point Grey Academy and Sir Winston Churchill Secondary School in Vancouver, British Columbia.

8. He Has Three Siblings

Justin Trudeau has two younger brothers, Alexandre Trudeau, a filmmaker and journalist, and Michel Trudeau, who died at the age of 23 in an avalanche in November 1998, in British Columbia, Canada.

Justin also has a half-sister from one of his father’s later relationships, Sarah Coyne. Sarah’s mother, Deborah Coyne, entered the federal Liberal leadership race months before Trudeau himself did.

We did it. Just about to go on stage, but wanted to thank my volunteersfor all that you’ve done. This is your victory. Thank you.

Part of a growing generation of former Prime Ministers’ children to join the media rank and file, including Ben Mulroney, Trudeau has an active profile on Twitter and Facebook. He used this to his advantage during the campaign, engaging a growing population of Canada’s politically-minded youth.